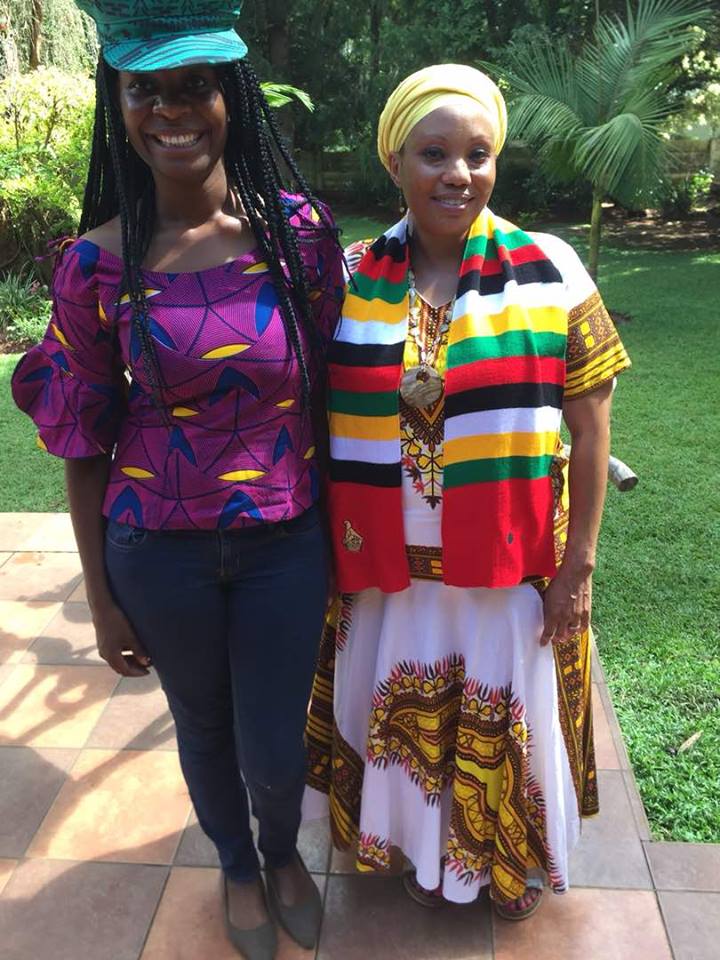 In September 2016, The Permanent Secretary of Ministry Of Justice & Parliamentary Affairs
Virginia Mabhiza waved Statutory Instrument 183 of 1987 at #thisFlag protestors. She announced that they were now banning the use of the national flag during protests.

Mrs Mabhiza said in terms of the flag of Zimbabwe (Use and Application of Flag) Regulations, it was a criminal offence for any person who did not have prior permission of the secretary for Justice, Legal and Parliamentary Affairs to import or manufacture the flag for purposes of sale.

A Chinese national Weidong Li was convicted and subsequently fined for selling flags and flag-like regalia. Police and Army began to terrorise people who were seen wearing anything resembling the national flag.

At the time Emmerson Mnangagwa was Vice President and Minister Of Justice & Parliamentary Affairs. Therefore he gave the directive or at the very least consented to such action. At the time current ZEC Chairperson Justice Priscilla Chigumba was a High Court judge in the same ministry as Mnangagwa.

We can therefore conclude that the Ministry Of Justice through a directive issued by or authorized by the then minister and executed by its prosecutors and judges like Priscilla Chigumba instilled fear and subjugated the people of Zimbabwe at the time.

Fast forward to November 2017, Mnangagwa is now president of Zimbabwe. He drapes a scarf made in the likeness of the Zimbabwe flag. The same flag that his ministry criminalized. He did not repeal nor proclaim the law differently. He by virtue of his position decided it was OK for him.

There was no directive from the Ministry Of Justice that flags can now be worn. For most of us, we are still unsure if we will not be put in jail. Thus instead of the flag being something we are proud and fearlessly patrilotic about, it still remains a symbol of defiance for us and most are still scared to wear it. Those in ZANU PF have been using the scarf as their instrument and historically they have been protected from persecution.

Now Justice Chigumba whose previous duty was to preside over such cases appears in a photo with Celia Rukato the designer of the Mnangagwa scarf. The question is did Rukato get express permission from Ministry Of Justice as was required for others? Secondly, knowing that the scarf itself is a symbol that Mnangagwa and his followers have been parading would it be prudent for her as a supposedly impartial custodian of the electoral process to be seen wearing it?

From the pictorial evidence we can tell that Chigumba, Chin’ono, Rukato and her mother met at Chin’ono’s residence. The question we have as citizens is whether this was a planned meeting. If not, what then is their relation? Who else was there? What were the circumstances of their meeting that led to such a cozy photo.

It becomes even more suspicious when her fellow commissioner Qhubani Moyo defends her by claiming this is photoshop yet Rukato herself posted the picture on her business’ Facebook page in February.
Qhubani wrote,

“Desperate criminal political malcontents are on an overdrive manufacturing fake news about Zec.Today a fake ballot paper design was circulated & later a photoshop of Zec Chairperson wearing a scaff associated with ED.In both instances it was fake news& the public must dismiss it with the contempt it deserves!!!Ndatenda”

This is a clear admission that the ZEC Commissioner knows this relic is associated with Mnangagwa, Chigumba cannot claim not to know!

We have questions and Justice Chigumba has to explain this or resign!