A sacked official from a controversial new Zimbabwe airline has accused former president Robert Mugabe’s son-in-law of kidnapping her, according to a statement she made to police. 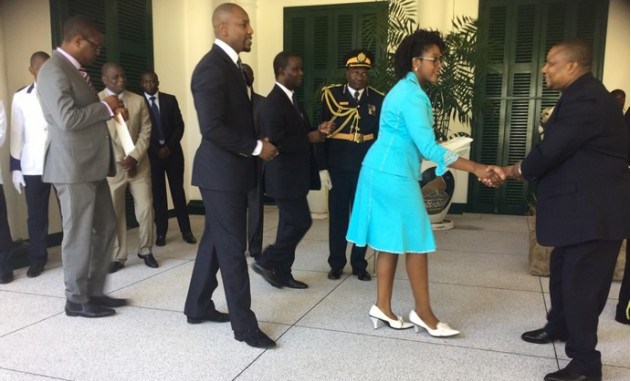 Lawyer Bertha Zakeyo says she was held hostage by Zimbabwe Airways officials and security guards when she refused to vacate her office last week after she was dismissed by her boss Simba Chikore, who is married to Mugabe’s daughter Bona.

Zakeyo filed a complaint to police on Thursday. Chikore was picked up and questioned by police on the same day, reports the private Daily News.

It said Zakeyo was sacked after she was accused by Chikore of leaking company secrets and holding unauthorised meetings away from the office.

“In a docket opened at the Highlands Police Station (in Harare), Zakeyo said Chikore – whom she accused of masquerading as a captain – kidnapped her for more than two hours and also denied her access to her lawyer,” the paper said.

The existence of Zimbabwe Airways only became public knowledge recently. The company – which will likely be in direct competition with the struggling national airline Air Zimbabwe – recently purchased a second hand Boeing 777 from Malaysia Airlines. But the plane has not yet undertaken a single commercial flight.

There is speculation that the Mugabe family has shares in the new company. This has been denied by President Emmerson Mnangagwa’s government, which insists the new plane and others due to be purchased are entirely state-owned.

The Daily News said Chikore had “reportedly embarked on a purge of senior staff he accuses of being disloyal to the company”.