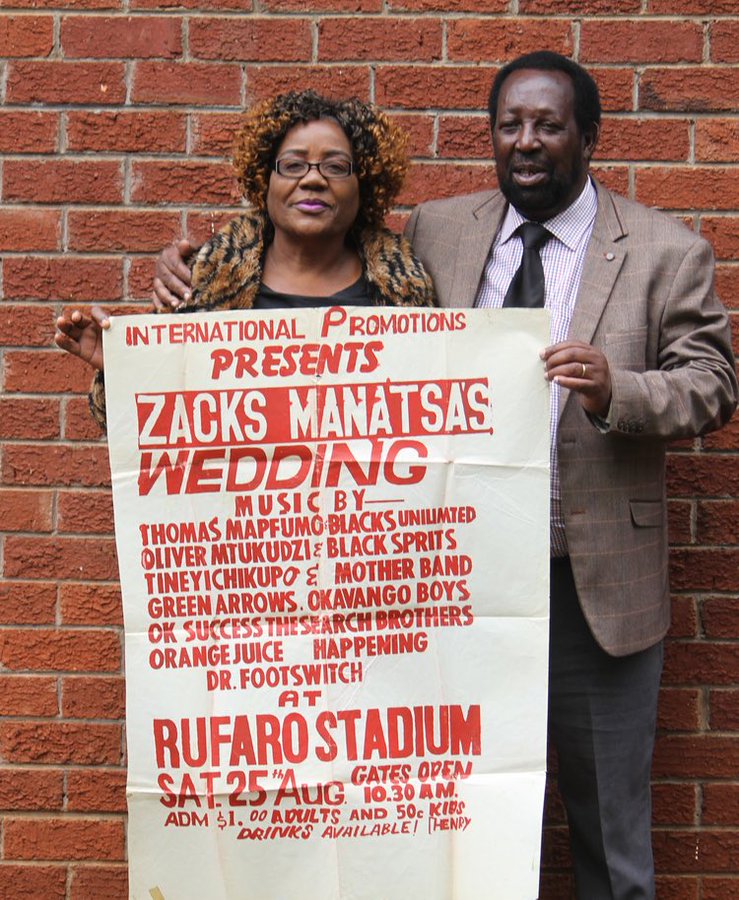 The late music legend Zexie Manatsa’s widow, Stella, has died. She was 68.

Besides their popularity in music where the late Stella was a backing vocalist, the couple was also famed for their wedding which attracted a capacity crowd at Rufaro Stadium in August 1979.

She is survived by 6 children and 14 grandchildren.

Funeral arrangements will be announced in due course.