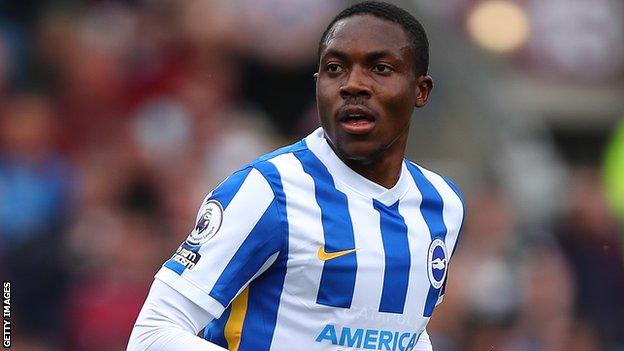 Former Brighton midfielder Enock Mwepu has rejoined the club shortly after being forced into retirement and will take charge of their Under-9s side.

Mwepu, who turns 25 on New Year’s Day, had to hand up his boots suddenly in October when he was diagnosed with a rare hereditary heart condition.

The ex-Zambia international was seen as one of the Seagulls’ brightest stars and the club confirmed on Friday that Mwepu will return to the south coast after assessing various options and offers.

Brighton said in a statement: “We are delighted to announce that Enock Mwepu will take up the role of under-9s coach in our academy, in the New Year.”

Taking to Twitter to celebrate the news, Mwepu said: “God’s plan and timing is always perfect. Ending the year with joy. I belong to Christ Jesus.”

Head coach Roberto De Zerbi added: “We’re really happy that Enock has decided to remain here at our club and use his experience to help develop our young players.

“Considering his age, Enock has a wealth of experience. He has played in the Champions League and Premier League as well as captaining his country. This is the next chapter for Enock in his footballing career.”

Mwepu first joined Brighton in 2021 from Red Bull Salzburg and would go on to play 27 times for the Seagulls, scoring three goals.