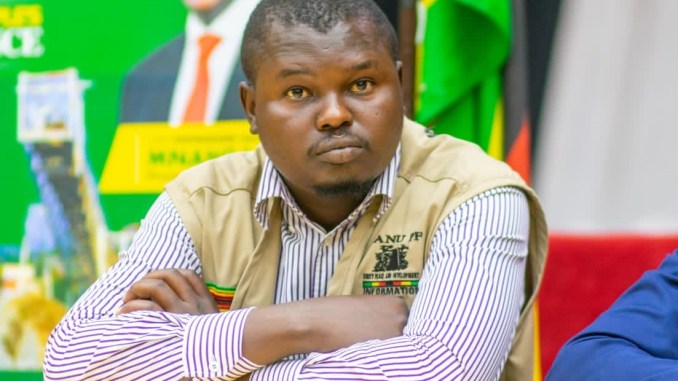 Zanu-PF has claimed infiltration by the Nelson Chamisa-led Citizens Coalition for Change (CCC).
Addressing a Press conference in Harare on Monday, Zanu-PF spokesperson Christopher Mutsvangwa accused the opposition CCC party of working in cahoots with some MDC and Zanu-PF members to create fake social media accounts that peddle lies about ruling party.

He was responding to a question from journalists who asked him to explain the Twitter accounts, @Zanu-PF Patriots and @zanupf_patriots, which were used last week to announce that Zanu-PF director of information Tafadzwa Mugwadi had been fired from his post.

“I told you earlier, there is an unspoken alliance between CCC, some MDC elements and some people who may manifest themselves as Zanu-PF and others who are on the grey line,” Mutsvangwa said.

“They never tire of trying to hijack Zanu-PF. Some of my accounts have been hacked and there are some created in my name, but they are not mine, There is a constant effort of sowing discord within Zanu-PF and they are trying to say because I am new, something may be happening between me and my director (Mugwadi). He enjoys full confidence of the party and the President. Those who are making false flag operations will not succeed, particularly because I have a lifelong experience in dealing with such kind of infiltration.”

Mutsvangwa said Zanu-PF would approach Twitter to have the social media account created under its name closed for peddling lies on party affairs.

“It is just people trying to destabilise the party, but we are very vigilant. I want the Twitter page which moonlights as a Zanu-PF page to be removed. You (Mugwadi) must tell Twitter to remove it. We can’t have people pretending to be others on Twitter. Otherwise we will have to sue Twitter, but it’s a corporate company and it will behave responsibly,” he said.

The account is followed by Zanu-PF supporters and State institutions such as the Zimbabwe Republic Police (ZRP) and the Foreign Affairs ministry, among others. The account posts diversified information on Zanu-PF affairs, including upcoming events and live updates on events happening within the party.

Yesterday, the social media handle announced that Mnangagwa would leave the country for Belgium to attend the European Union and African Union Summit.

“The account is run by insiders within the ruling party,” one source said.

“The account managers are usually at party events and they are part of us. The threat to have the Twitter account suspended is just a strategy aimed at controlling alternative voices and leaks of internal information.”

“This allegation is patently nonsensical. As usual the regime is in panic mode and scared stiff of the overwhelming support that CCC has garnered nationwide.”

She said her party had no interest in Zanu-PF petty squabbles as its sole focus was on winning elections.