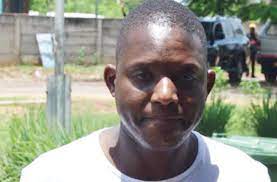 Instead of importing the bales, Wadyajena and his colleagues allegedly imported 25 trucks from a USA company called Giant Equipment in 2019 and 2020.

HARARE – Justice Mayor Wadyajena, Zanu PF’s Gokwe Nembudziya MP and chairman of the parliamentary committee on agriculture, siphoned millions of dollars from the Cotton Company of Zimbabwe in an elaborate scam before buying 25 haulage trucks, a court heard on Wednesday.

The Lambourgini-pushing MP, who was arrested on Tuesday, was so frustrated when told his bail application would spill over to Thursday he offered to transport court officials to their homes if the hearing would continue well into the evening.

The offer was slapped down by magistrate Stanford Mambanje.

Wadyajena is charged with fraud and money laundering involving US$5 million together with four others and two companies, including his Mayor Logistics.

They are Pius Manamike, 54, who is Cottco managing director; Maxmore Njanji, 47, (head of marketing, operations, ginning and logistics), Fortunate Molai, 34, (Cottco acting procurement manager) and Chiedza Danha, 39, who is being charged in his personal capacity while also representing Pierpont Moncroix, which is jointly charged in the crime.

Mayor logistics is being represented by Wadyajena.

According to court papers, sometime in 2019, Wadyajena and his co-accused hatched a plan to defraud Cottco through fictitious purchase of goods purportedly for use by the company.

The allegedly went on to open a shelf company called Pierpont Moncroix which was later recommended by Molai to supply Cottco 3 million High Carbon Bale Ties valued at US$2,6 million to carter for the 2019 ginning season.

It is state’s case that the name of the company created by the accused was the same as that of a Mauritius company so as to mislead Cottco.

Instead of importing the bales, Wadyajena and his colleagues allegedly imported 25 trucks from a USA company called Giant Equipment in 2019 and 2020.

They allegedly went on and registered the trucks under Mayor Logistics.

In November 2019, Manamike and Njanji allegedly issued a second purchase order on behalf of the Cottco, which was valued at US$1 106 000 for the purchase of the bale ties from Giant Equipment company again.

The order was then approved even though Giant Equipment had failed to deliver the first order; no bales were also delivered as the money was allegedly transferred to Afrozurich International in a currency swap deal.

Later in November 2021, Molai allegedly sent an email to the Cottco’s treasurer in which she requested the company to pay a deposit of US$2 500 000 for the purchase of other bales from Energy Park Company.

On March 8 2022 and March 14 this year, two further payments were allegedly processed from Cottco’s CABS Account of US$450 000 and US$1 000 000 to Maropafadzo Energy company as requested by the supplier.

Court also heard that investigations proved that Energy Park (Pvt) Ltd is in the fuel industry and sells fuel in bulk and direct to retailers and not bale ties.

It is alleged that payments to Maropafadzo Energy being part of the order for bale ties were further transferred into various accounts of individuals and corporates both local and international for procurement of services which have nothing to do with the purpose for which the funds were transferred at Cottco.

Following the court appearance Wednesday, Wadyajena and his co-accused were sent to Remand prison awaiting bail hearing finalisation this Thursday.

The Investigating Officer in the case, Authur Murambiza said they have paper trail confirming the offences.

“During the investigations, we gathered overwhelming evidence against the accused and the likelihood of a conviction is there, which might cause them to abscond of granted bail.

“As of this moment, we have documentary exhibits which include email instructions, proof of payments and bank statements.

“We also have identified which could be proceeds of the offence,” he told court.

The IO also said they were yet to get the addresses for other suspects in the matter.