ZANU-PF yesterday announced FULL LIST of candidates who will contest the forthcoming harmonised elections on the ruling party’s ticket. 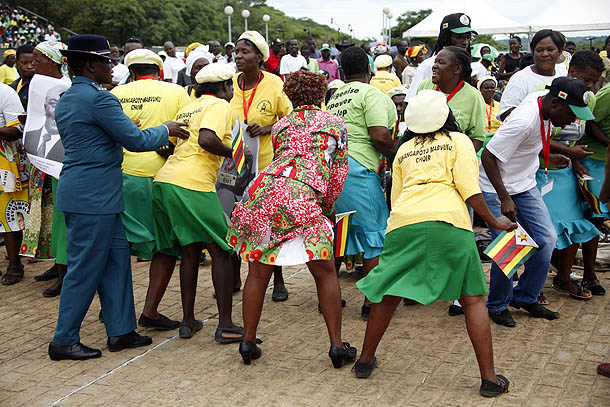 Addressing a Press conference in Harare yesterday, zanu-pf secretary for Administration Cde Obert Mpofu said the ruling party had gone through internal processes of primary elections and reruns and was now in the final stages of naming successful candidates to the Zimbabwe Electoral Commission (ZEC).

“The full list of all the successful candidates will be published in the print and electronic media with immediate effect. All provincial election directorates/ provincial coordinating committees are hereby instructed to abide by the list which has been finally approved by the party and submitted to ZEC,” he said.

“Disciplinary action will be taken against any individual who will tamper with the approved list of candidates. The names of the final successful candidates as will be announced are the ones which will have to complete the nominations documents and provide their credentials to ZEC.”

He said all candidates should have completed the vetting exercise by close of business yesterday.
Cde Mpofu directed all provinces to ensure that all the candidates in the respective provinces are assisted in the registration process with ZEC.

“All zanu-pf candidates are expected to be at the nomination courts in their respective areas by 0700 hours on Thursday this week. The party’s legal department is now on standby to assist provinces in the registration process to ensure all our candidates are successfully registered for the 2018 harmonised elections,” he said.

“You may have been experiencing certain developments from some of our provinces where names have been changed willy nilly without clearance from the party or from then Politburo. We have addressed that issue where we have ensured that the names that were cleared by the Politburo are the ones that will be submitted for nomination with ZEC.”

Cde Mpofu said the party had made corrections for senatorial candidates for Matabeleland South Province as per the Politburo directive.