ZANU PF Speaks Out On Mugabe Secret Burial In Zvimba 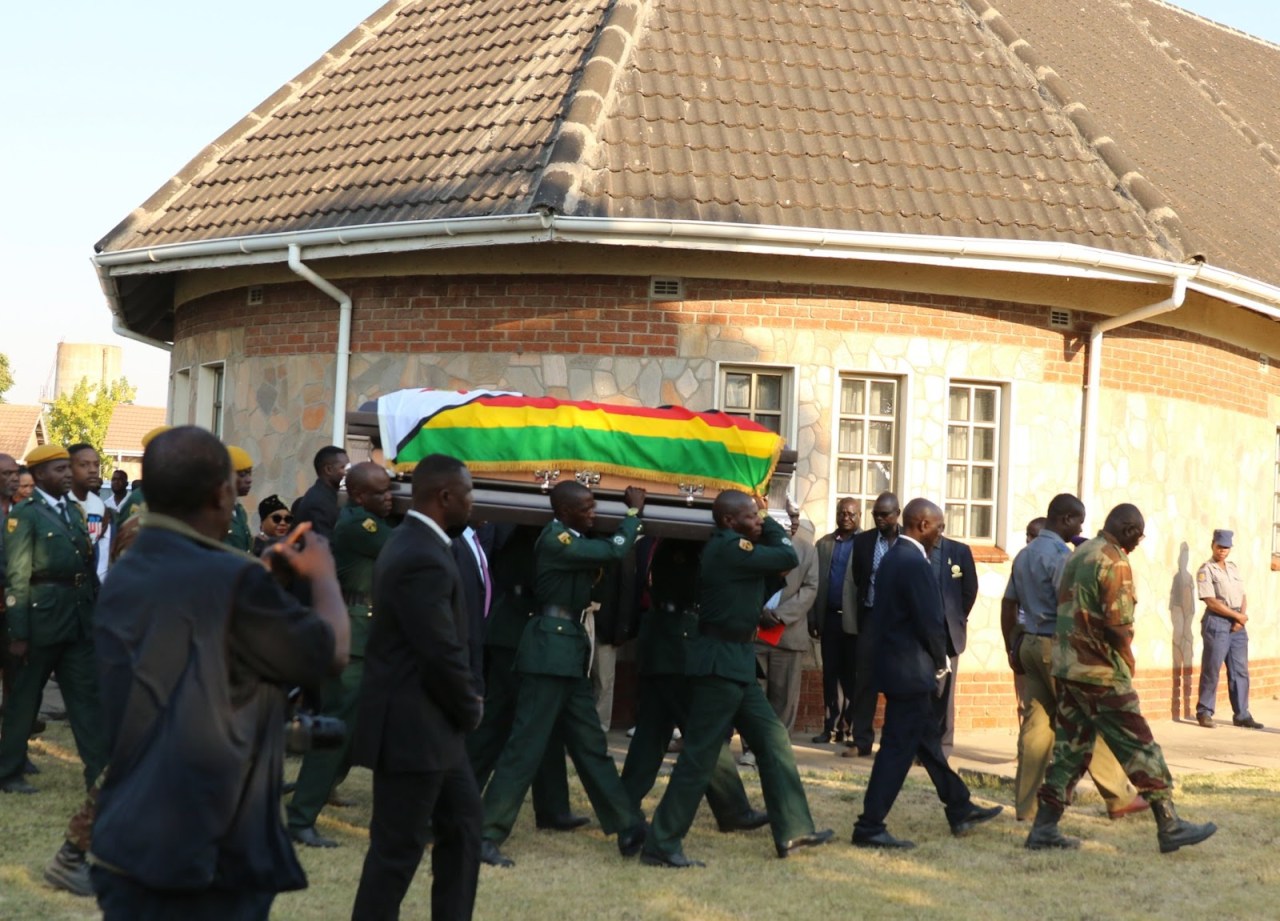 The revelation that former President R.G Mugabe who passed on in Singapore on 6 September 2019 will have a private burial at his rural home in Zvimba is most unfortunate. This comes after intensive negotiations between the Government led by H.E Cde E.D Mnangagwa and the Mugabe family including Chiefs from Zvimba and all concerned whereupon it was agreed that his remains be interred at the National Heroes Acre. The state was building a special mausoleum at the site which was approved by his family.

All will remember that the ZANU PF Politburo declared the former President a National Hero soon after his death. With the construction of the mausoleum progressing within the defined timeframe, all patriotic Zimbabweans were shocked to learn that the remains of the former President had been surreptitiously taken yesterday to Zvimba for a private burial on Saturday 28 September 2019. We indeed respect the wishes of families of deceased heroes, hence get saddened when maneuvers that border on political gimmicks begin to unfold on an issue concerning an illustrious liberation icon.

The former late President was the founding father of this Nation and ( trivializing his remains by scandalously throwing it from pillar to post particularly after an amicable agreement had been reached with the family that his remains will be interred at the National Shrine is belittling the late revolutionary icon.

President ED Mnangagwa has shown his usual exemplary and exceptional leadership qualities by doing everything possible to accord the former late President a decent farewell. There is nothing more a humane President could have done. He invited Presidents, former Presidents in the region and beyond to come to bid farewell to their late colleague at a decent funeral ceremony conducted at the National Sports Stadium. They came in their numbers.

It must be remembered that ordinary Zimbabweans who adored him so much had the opportunity to bid their late gallant leader at Rufaro Stadium with aplomb. Scenes of emotions from the diversity of our great nation shall forever remain embedded in the national memory. The revolutionary ZANU PI, Party will eternally remain grateful to the late iconic leader.

The revolutionary ZANU PF Party can only say to the late former President, “Go well. Rest in Peace Gushungo.”