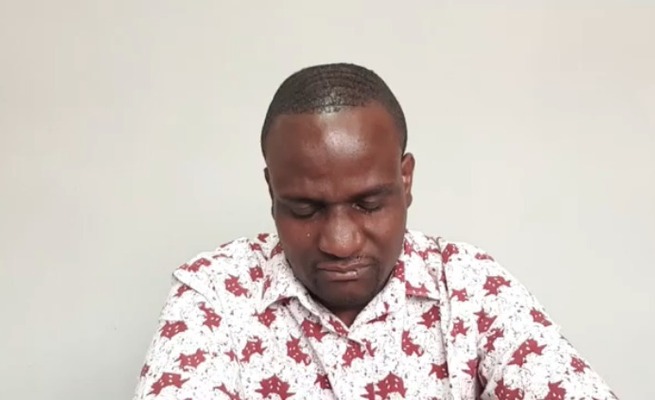 The court case involving Goodness and Mercy Ministries church leader, Tapiwa Freddy and ZBC Radio Zimbabwe presenter Rutendo Makuti has taken a new twist after it emerged that she consented to the sexual act and seduced the man of God by sending him nude pictures.

As the trial resumed today, the court heard that the complainant used nude pictures, audio and text messages to demand sex from Prophet T Freddy.

Online reports say that the nude pictures, audios and text messages were produced in court as evidence.

In one of the audios presented in court, Rutendo can be heard asking for a kiss and sex from the self-proclaimed man of God.

After all the overwhelming evidence was presented in court, Rutendo denied seducing Prophet T Freddy. In her defence, Rutendo affirmed that the nude pictures were taken from her phone but refuted claims that she is the one who sent them to Prophet T. Freddy. She claims she was not the one with the phone at the time the sexual material was sent to the defendant.

This comes a couple of days after Prophet T. Freddy pleaded not guilty to the charges when his trial opened at the Harare Magistrates Court.

In mitigation, Prophet T Freddy told the court that he had consensual s_exual intercourse with Rutendo Makuti.

Prophet T. Freddy revealed that the rape accusations arose after he sought to terminate their love relationship.

Articles you may want to read: