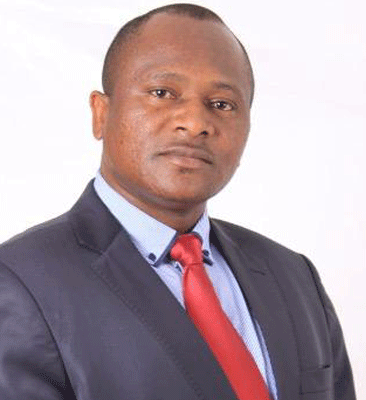 THE Zimbabwe Broadcasting Corporation (ZBC) has suspended without pay its head of news for failing to repay more than a million dollars he reportedly owes the state-owned broadcaster.

Tazzen Mandizvidza’s suspension over a US$1 083 000,00 debt was confirmed Tuesday by ZBC chief executive Patrick Mavhura.

An audit carried out back in 2014 resulted in the veteran journalist and several other senior executives being accused of defrauding the broadcaster of more than US$7 million.

They were all suspended but Mandizvidza returned to work after a deal with the broadcaster under which he reportedly agreed to pay back what he owed.

However, according to the suspension letter from Mavhura, Mandizvidza failed to honour the terms of the deal.

“It has come to our attention that efforts by the Board of Directors to have an out of court settlement to recover US$1 083 000, 00 you allegedly prejudiced the Corporation as per the KMPG forensic audit report of November 2014 yielded no results,” said the CEO.

“Given the gravity of the matter and the failure to make headway despite numerous endeavors to engage you by the Board of Directors, you are hereby placed on leave without pay and benefits with immediate effect pending determination of the issues that have arisen as a result of your acts of omission or communication which have prejudiced the Corporation.”

The CEO continued; “The resolution of the issues that have arisen will be done in accordance with the Corporation’s relevant procedures and due processes.

“You are not permitted to enter the Corporation premises unless specifically arranged and agreed with the undersigned. You are also not allowed to do Corporation business during the suspension period.

“You should surrender the ZBC identity card, office keys, motor vehicle and any other ZBC property in your possession to the Director Human Resources and Administration.”

The broadcaster has already sued Mandizvidza at the High Court over the debt.-NewZIM

Video : How Acie Lumumba is connected to Military Intelligence