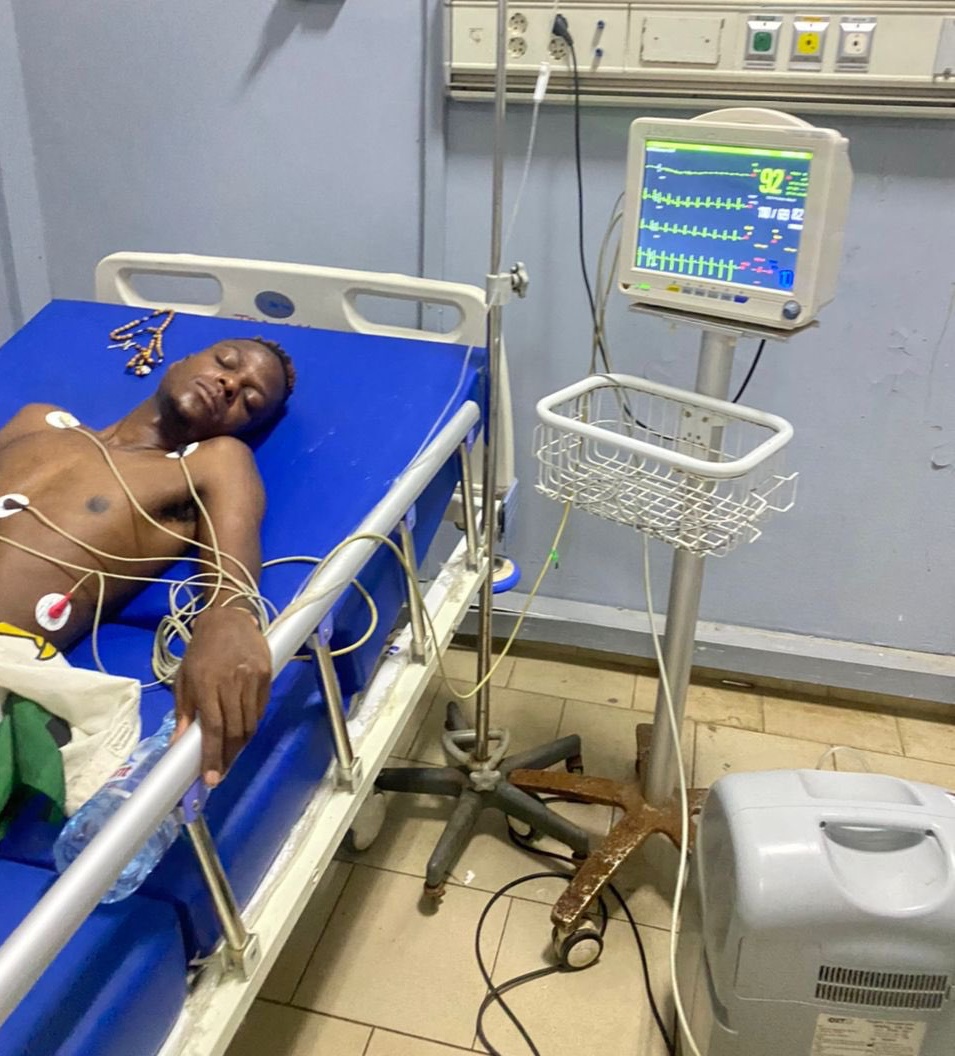 Warriors and CAF super fan Alvin ‘Aluvha’ Zhakata is reportedly ‘in a bad state’ and has been hospitalised after he collapsed at a hotel in Yaounde, Cameroon on Tuesday night.

The news was made known to the public by football writer Francis Gaitho on Thursday morning through his twitter account.

According to Gaitho who posted Aluvha’s picture lying in a hospital in Yaounde, the Warriors staunch supporter collapsed at the Hilton hotel on Tuesday night.

The football writer added that Aluvha has been diagnosed with a heart condition and will await the CAF medical team for further guidance.

“CAF super-fan @AlvinZhakata is in a bad state in a Yaounde hospital, after collapsing at Hilton last night after the Malawi Vs Morocco match,” reads part of the tweet.

“He has been diagnosed with a heart condition and is awaiting for a @CAF_Online medical official for further guidance.”

Zhakata travelled to Cameroon early this month after CAF reportedly invited him to watch the tournament.

He has been rallying behind the Warriors before they crashed out of the competition.

However, despite the Warriors’ elimination, the Zimbabwean football lover remained behind in the West African country where he has been sympathising with Malawi before they were also knocked out.

“At the Malawi Team Hotel to cheer the boys, yes OUR BOYS- They are representing SOUTHERN AFRICA. They need our prayers, and support. Morocco must fall!! Lets go Malawi Flames burn them,” read Aluvah’s tweet hours before the Malawi vs Morocco encounter. Nehanda Radio