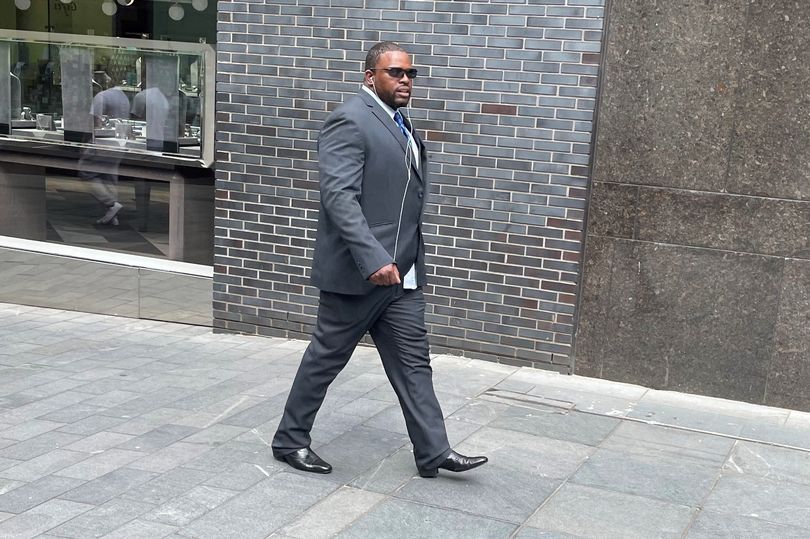 A man who took zoomed in pictures of a naked toddler playing in a fountain told police he was trying to take a selfie instead.

Onismo Zhakata took pictures of the three-year-old in Warrington town centre in June last year. The child’s mum shook her head as the 43-year-old was handed a suspended sentence at Liverpool Crown Court this morning.

Paul Blasbery, prosecuting, said a member of the public flagged down police officers on Horsemarket Street on June 2, 2021, and told them he had seen a man taking pictures of young children playing nearby. The person had seen Zhakata sitting on a bench and taking pictures, zooming in on a three-year-old girl who was naked in the fountain at the time.

READ MORE:Ava White’s family sob as footage of her being stabbed to death is played in court

He said Zhakata initially came up with a sequence of reasons why he had taken the photos, initially telling police he was trying to take a selfie but was struggling to turn his camera to selfie mode and to adjust the lighting settings. He said this caused him to zoom in on the girl and take a picture of her.

Mark Pritchard, defending, said Zhakata told him he is in numerous Whatsapp groups with friends in Africa who had sent him the Category A image after it went viral on social media. He said he later got rid of it and Mr Pritchard confirmed it was found in his deleted images.

Mr Pritchard appealed to Judge Garrett Byrne to suspend any jail term and order Zhakata to take part in rehabilitation to help him to take responsibility for what he had done and avoid offending. He said: “We have someone with a very low number of images for this type of offending. That offending may be able to be managed with early intervention.”

Judge Garrett Byrne said Zhakata needed to address the reasons for his offending and that he was “in denial” about why he had done what he did. He said: “You surreptitiously took photos of a group of very young children. You zoomed in on a naked three-year-old child.”

Zhakata, of Whitecross Road, was handed a 12 month jail term, suspended for 24 months. He must also take part in 30 rehabilitation days and undertake 80 hours of unpaid work.