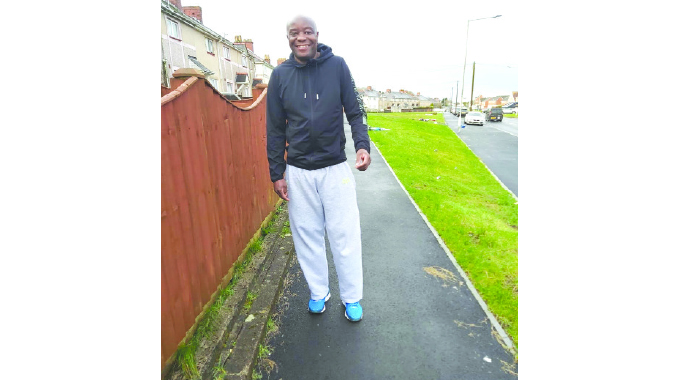 A YOUNG Zimbabwean athlete is slowly making a name for herself in the United Kingdom.

She is on the books of one of Wales’ top athletics clubs, Swansea Harriers, based at Swansea University Athletics Centre.

They have produced many Great Britain and Welsh international athletes, in all age-groups, from juniors to seniors, and won numerous Welsh and British titles.

On Wednesday night, Rutendo was part of Swansea Harriers’ development team, which took part in the West Wales Under-11 Track and Field Championships at Carmarthen Athletics Track, in Johnstown.

“She felt sharp tonight, as this was her third track and field competition since sport was given the greenlight to resume here in Wales, a few weeks ago,’’ said her father Alex.

Rutendo is a Grade 7 pupil at Gors Community Primary School in Swansea.

“The good thing about sport, or athletics here in the UK, is that talent identification for these kids starts from as early as four-year-olds.

“Rutendo was identified by one of the junior coaches at Swansea Harriers Athletics Club while she was competing for her school.

“She takes her athletics seriously and is quite happy to be part of a good club like Swansea Harriers where training sessions are held seven days a week, depending on age-group, ability and event discipline,’’ said Alex.

“I think Rutendo is in good hands at this club and I’m convinced that she will one day become a top-notch sprinter and realise her dream of competing at the Olympic Games.’’

Alex’s sisters — Grace, Sophia and Dadirayi — were all good track and field athletes at Harare High School in the late ‘70s and ‘80s.

She comes from a sporting family as her uncle, Moses “Gwejegweje” Chasweka, used to play for Black Aces and Chapungu United.

Alex relocated to Swansea, where he is staying with his wife, Itai Jongwe, and two children Rutendo and Joel (7).

Govt publishes names of all people given farms