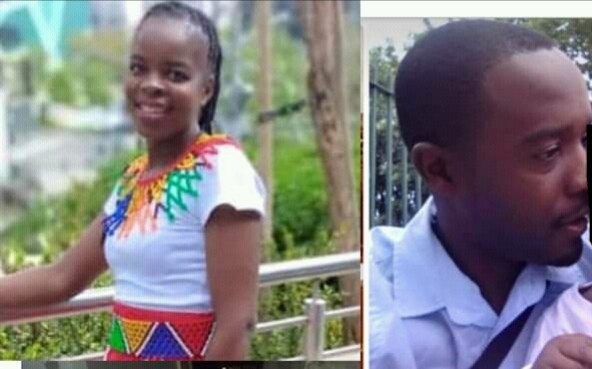 A Zimbabwean man, who has been on the run after he allegedly murdered his wife and rolled her body in a plastic, is said to have committed suicide while being chased by police in Pretoria, South Africa.

There is a video clip that has gone viral on social media that shows a man jumping down the bridge, with the police hard on his heels.

Reports say the late fugitive, Kuziwa Tsvito from Dangamvura in Mutare, allegedly killed his wife Netsai Makore, 33, two weeks ago and wrapped the body in plastics before stashing it under their matrimonial bed.

It is further alleged that Tsvito stayed in the same room with his three-year-old daughter and the decomposing body.

Allegations are that Tsvito killed his wife after suspecting her of infidelity.

Zim Morning Post also heard that Tsvito afterwards transferred money from his now deceased wife’s account into his own.

A South African newspaper reported that the two used to fight frequently as Tsvito would regularly take Netsai’s belongings to some of his alleged girlfriends. Zim Morning Post