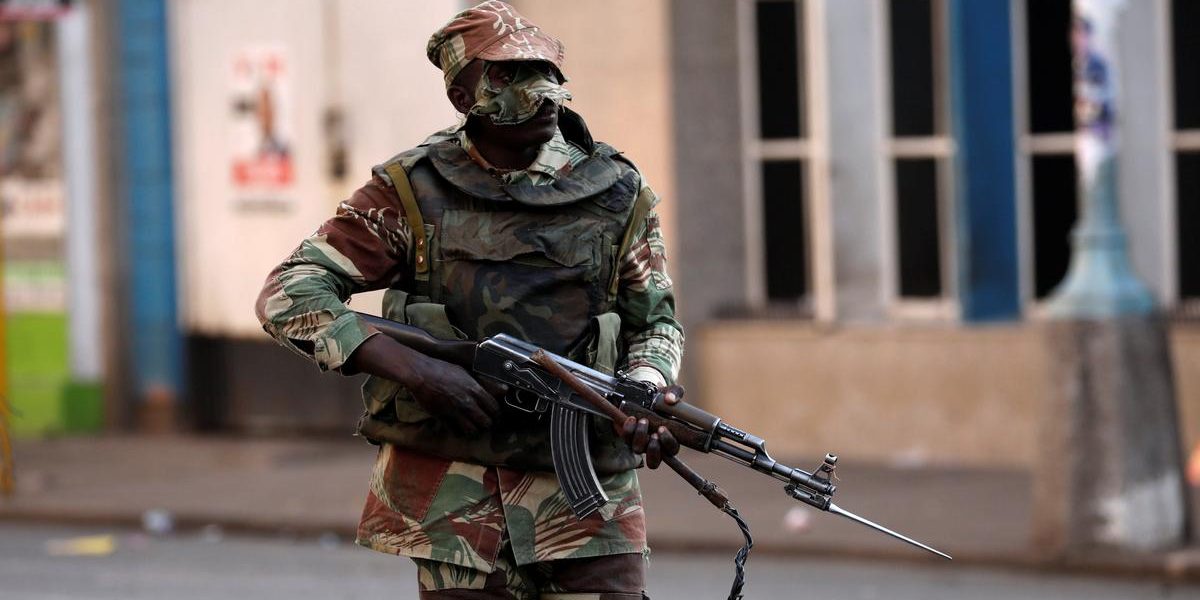 Samson Murombo, a lieutenant colonel in the Presidential Guard (PG), who was the commanding officer at State House, was last week transferred ‘‘to the pool’’ at the Zimbabwe National Army (ZNA)’s headquarters, now known as Josiah Magama Barracks following the shooting that took place at the State House.

Speaking to the Daily News, unnamed sources said that there was no way Murombo could have retained his position considering that he previously clashed with First Lady, Auxillia Mnangagwa who accused him of spying on her. One of the sources said:

He (Murombo) was indeed the commander (when last week’s shooting incident happened) and should have been more vigilant … but he slept on the job by keeping a mentally ill person to guard State House.

In the process, he compromised the security of the president and as such he has had to be removed from there.

Murombo has been replaced by Major Regis Mangezi, a few days after former Cabinet minister and respected war veteran, Tshinga Dube, had questioned why the government had up to this day not established who was behind the Bulawayo assassination attempt.

Mnangagwa’s security concerns have been growing with reports that factionalism was taking shape in the ruling party.

How Chiwenga nearly got killed by grenade in his bedroom

Chiwenga Spent Six Months Without Seeing The Sun in China