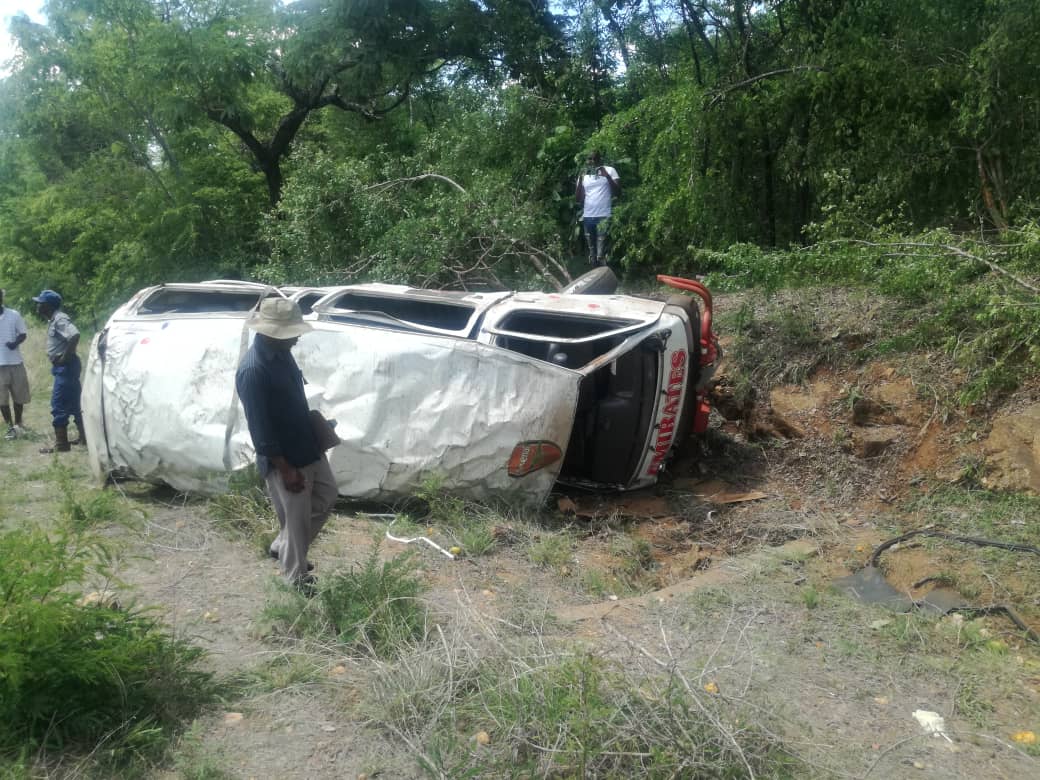 An accident that claimed the lives of 13 travellers in Zimbabwe has been declared a national disaster.

The fateful incident happened when a commuter omnibus they were travelling in burst a tyre and veered off the road at the 186 km peg along the Harare Nyamapanda highway, in Mudzi.

Declaring an accident a state of national disaster enables the State to mobilise resources to assist the injured and bereaved families with cash and burial arrangements.

“We are going to set up a centre at Mtoko Hospital where the bodies of the deceased were taken and we will assist the families with burial arrangements…Although we were overwhelmed we had to recall other members of staff who were on leave to come and assist us,” he said.

Meanwhile, Mashonaland East Minister of State for Provincial Affairs, Apolonia Munzverengwi has sent a message of condolence to the families of the deceased.

In a statement, Munzverengwi also wished those injured in the accident a speedy recovery.