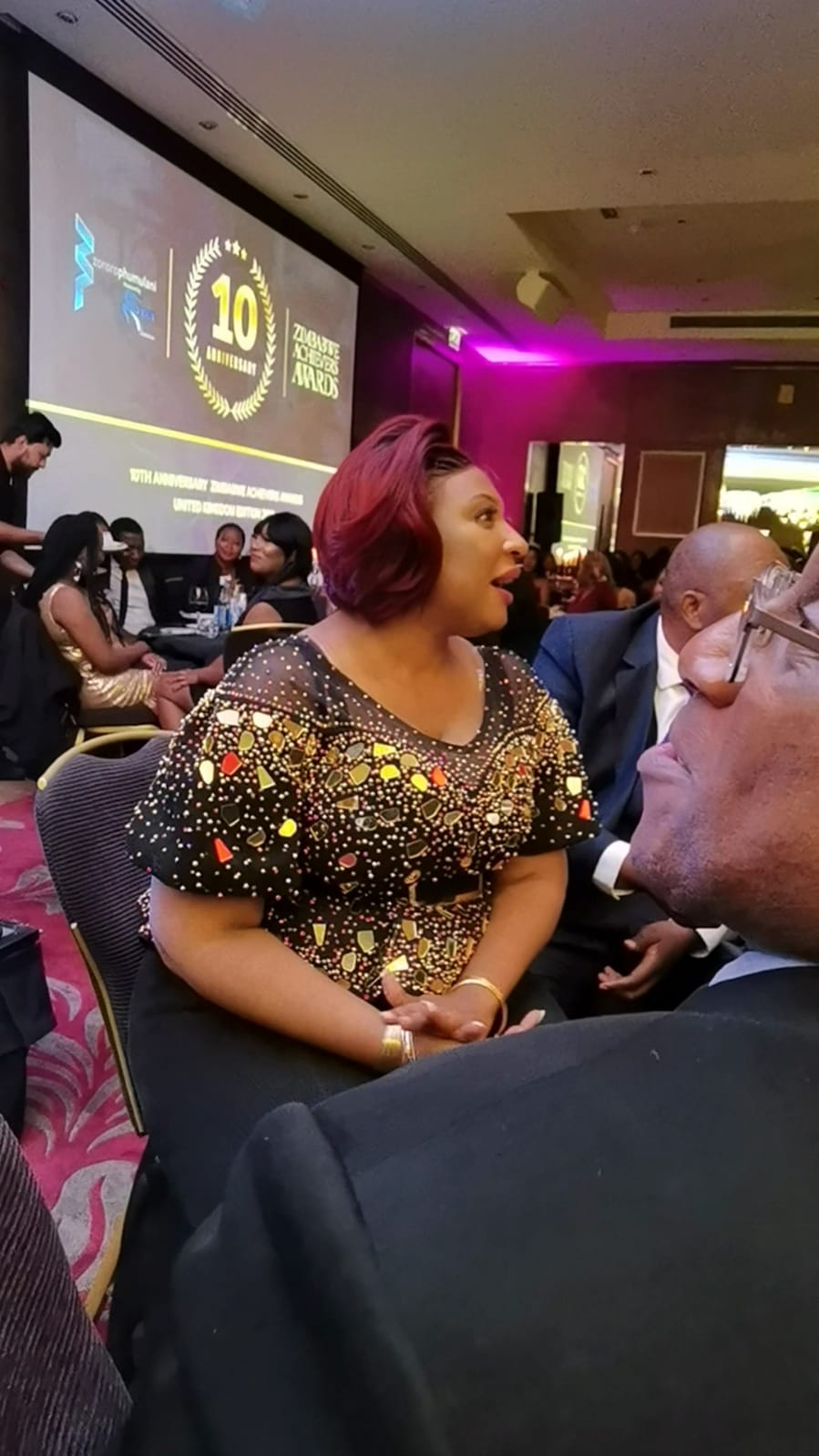 The event, which was commemorating the ZAA 10th Anniversary, rolled out the red carpet for the who’s who of the UK diaspora community from various fields, with Ambassador Christian Katsande as guest of honour.

The awards were handed out across four base categories namely business, community, sport and lifestyle.

Comedienne Tyra Chikocho Munetsiwa, popularly known as Madam Boss, scooped the Zim-Based Influencer of the Year Award and took to social media to thank her fans.

“Thank you everyone for supporting my work and making this recognition possible,” she wrote. “Unfortunately I could not attend the event in person due to the pandemic this time around and other commitments, but look forward to gracing it next year. Please keep voting for me, l want to take the trophy again next year.”

Hosted by rising entertainer MC KudaZvinhu, the event was also graced by songbird Gemma Griffiths with an energetic performance by Tytan and others.

On lifestyle awards, Outstanding Achievement in Fashion was won by Farai London, Cultural Ambassador went to Busi Mhlanga, with Afropop and Amapiano diva Valee Music getting the People’s Choice Award, while the Media Outlet of the Year went to Girl in Skies podcast.

Mapanzure’s repertoire has been riding high with his versatility on full display following his dancehall single titled Zazvinoitwa.
Songwriter and rapper S1mba has been earning plaudits including a Brit Award nomination for his monster hit song Rover.

Female Personality was made in honor of Caroline Gundu and the Male Personality to clothing label owner Tendai Mashiri, popularly known as ClayBirds, of the Positive Vibes Only (PVO) brand.

A number of honorary awards were also handed to people who have contributed to the ZAA vision over the years including Marshall Gore, Ennie Mhende, Tafadzwa Zimoyo, Bruce Grobbelaar and Shelly Cox, among others.

ZAA is an international brand that is committed to recognise, celebrate and honor phenomenal Zimbabweans making a difference to the world.-Herald