HARARE, ZimbabweThe death of South African based Zimbabwean businessman Abraham Ndoro has opened a can of worms, shedding light on the murky pension industry in the Southern Africa powerful economy. 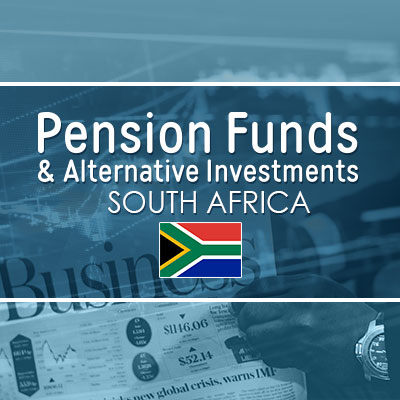 Exactly 16 years after his questionable death in 2008, a dossier has been, for the first time made available by whistle-blowers who say the death of “AB” Ndoro, as he was affectionately known, had more to it than what has been previously revealed.

SA Quantum provides a comprehensive range of products and services to pension funds and other financial institutions, including life offices institutions across the board.

Ndoro, a former Actuary at South Africa’s NBC, had a “very strong relationship with Impala Workers Provident Fund through then Principal officer Alfred Boikanyo as well as the Fund Chairman Mr Johan De Waal, which he used to provide them with employee benefit services under his company” the dossier reads.

According to the whistle-blowers, Ndoro died under mysterious circumstances.

Different theories ranging from “him falling from a Balcony at an apartment in Sandton while heavily drunk” to being “stabbed and then thrown over” but whistle-blowers are adamant that his death wasn’t an accident.

Officially to this day the circumstances leading to Ndoro’s death or the actual cause of his death remain a mystery as the South African Police Service has failed to complete the inquest into his death.

At the time of his death, there was an internal battle for the control of the SAQ business. The fight involved the following people, MD of SA Quantum, Josiah Moshatane, Baldwin Kock (who is now the CEO and shareholder in the business), Collen Maarohanye also a shareholder in the business and Veon Bock then Executive Director, Bok would be later be caught red-handed by an E-tv News journalist trying to execute a bribe in 2010 according to the dossier was aggressively claiming ownership of the business prior to Ndoro’s unexplained death.

The four South Africans didn’t answer calls when H-Metro sought comment from them about the serious allegations.

The dossiers say at the same time the company MD Moshatane was also claiming shareholding and trying to force a “monthly retainer” for having “introduced Ndoro to Boikanyo at Impala”.

Following AB Ndoro’s death, his wife, a Chartered Accountant, and one of the partners of a leading black accounting firm took over the business. She would, later on, sell it to an MBO (Management Buyout) made up of Kock, Maarohanye and others.

Whistleblowers are adamant that his death wasn’t an accident

One of the services given by SA Quantum was the Administration of Minor beneficiaries.

With Ndoro dead SA Quantum lost Funds in the Fidentia scandal, which made international news, the new bosses decided to use what they called “The Retained Benefit” on death cases, reads the dossier.

This was money allocated to minor (under 21) beneficiaries of Deceased members of the Fund. SA Quantum was given full access to the “Retained Benefit account” with one of their senior staff, Ismail Bhoola being the man in charge.

Another service given to SA Quantum by Impala was the Members Home Loan administration. The funding for the Home loan service had to be sourced from Banks. Investigations reveal that a plan was hatched by SA Quantum in collusion with Boikanyo and Johan De Waal to use the “Retained Benefit” as a source to “fund this credit line”.

The dossier shows that palms were “greased” in the process to influence the board to approve this. SA Quantum also agreed to fund De Waal’s son’s (Hendrick De Waal) struggling business in Rustenburg as part of the “horse Trade”.

At that point, Boikanyo had been promoted at Impala Mines to an ER Manager while retaining his seat at the board. A certain “Ora” Tshabalala had taken over as the Principal Officer with Mr Boikanyo having been instrumental in his appointment in a bid to retain control of the fund.

“Ora” proved a very loyal servant of SAQ, continuing the relationship. Even after Alfred and Ndoro had a fallout in the later years, Mr Tshabalala made sure there was “no way out of SAQ”.

To date, no recoveries of this “home loan arrangement” have been made to reimburse the beneficiaries. Following the introduction of the Beneficiary Fund in 2009, the “Retained Benefit” had to be transferred to the newly established Impala Workers Beneficiary Fund.

An application known as a section 14 Application was approved in 2014 by the Financial Services Conduct Authority (FSCA), however, to this day the Retained benefit is yet to be transferred due to the massive shortfall.

In the ensuing Beneficiary Fund meetings as well as FSCA compliance visits, the Fund Secretary, Mandla Mbukwane (Mufaro Consultants), allegedly has always kept the issue out of the agenda, in a bid to protect SA Quantum. The dossiers say this clearly demonstrates that there are a lot of unanswered questions around the Fund in question.

“It is very clear that the R 58 million (if not more) never funded the Credit line as people were meant to believe. The so-called “Home Loan” issue was just a smoke screen used by SAQ (in conjunction with Mr Alfred Boikanyo and Johan De Waal) to syphon money from the Fund. This is money meant to benefit orphans. Sadly this may never be recovered,” reads the dossier.

The company, SA Quantum, has been at pains trying for over the years to say this money “will be transferred” and today it hasn’t happened.