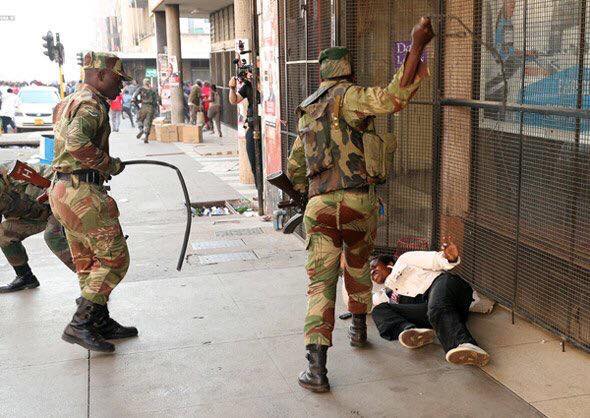 Three soldiers robbing and stealing around Masvingo were jailed for 15 years each by an army court martial last week after they were convicted of armed robbery, theft and unlawful entry, sending a clear message that the Zimbabwe National Army will not condone rogue elements.

Lance Corporal Fortune Ndlovu and privates Ratiel Manyanga and Kainos Masase, who were all serving with 4 Infantry Brigade in Masvingo, committed their crimes in and around Masvingo between January and July last year.

The three pleaded guilty to the charges at the General Court Martial sitting in Bulawayo last week.

“The Zimbabwe National Army has warned that any of its members caught on the wrong side of the law will face the full wrath of the law.”

He said Ndlovu was reduced in rank to private before all three were discharged from the ZNA with ignominy.

A few weeks ago an army court martial sentenced Corporal Tatenda Dzimbanhete and Trooper Wilfred Munesi to 40 years after they pleaded guilty to the charges of armed robbery committed on November 15, last year at Surrey Farm near Marondera.