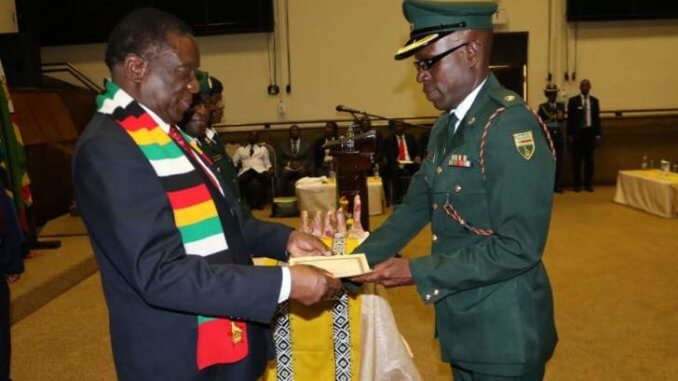 A Zimbabwean army officer Mpumelelo Ngwenya died two days ago in South Africa when he was thrown from a flat by unknown assailants.

Ngwenya was promoted to the position of Major on November 28 by President Emmerson Mnangagwa.

The events that led to his death are still sketchy as the family and the government have not yet issued a statement regarding his death.

Posting an obituary, his friend Sindiso Mazibisa said, “Rest in power Major Mpumelelo Ngwenya. Soldiers don’t die. They Rest. Man like you were are a rare breed. A true Patriot, Husband, Father, Friend and Brother. From rural Gwanda to be a true General. May God unleash vengeance on your killers my brother. ..l.am pained after our last lengthy talk.

“But God Why????l can’t believe that my boyhood friend the Major Mpumelelo Ngwenya is gone. l can’t sleep …just crying ….What a year for me…Soldiers don’t die. .they sleep as they say…just last week what a great discussion we had as friends and former lnyanda High School students. I never knew it was good bye. A true soldier and patriot he was. l am truly hurting. This is so so painful.”

This is a developing story…Source – Byo24