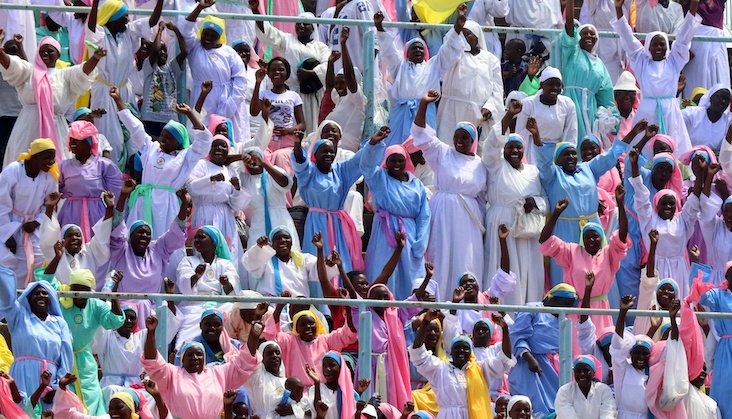 On 16 April, President Emmerson Mnangagwa, his wife Auxilia and vice-president Constantino Chiwenga attended an Easter conference at the United Family International Church (UFIC) in Chitungwiza, a town 30km from the capital, Harare.

Emmanuel Makandiwa, who leads the church that has about 60,000 followers, used his sermon to praise Mnangagwa.

The self-styled prophet said even if Mnangagwa “desists from campaigning”, his works will speak for him and people should not criticise his administration.