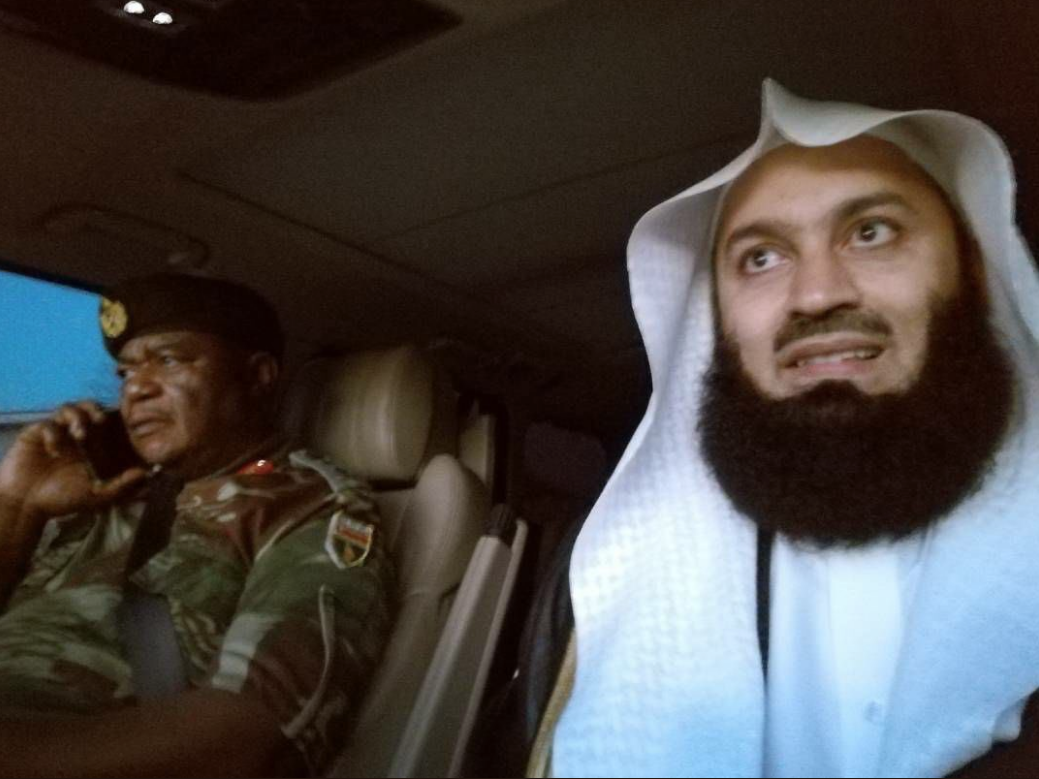 PRESIDENT Emmerson Mnangagwa is preparing to deploy soldiers to fight terrorism in neighbouring Mozambique with Zimbabwe Defence House officials being locked in meetings to analyse the risks of placing boots on the ground, it has emerged.

Military and government sources interviewed by The NewsHawks this week said plans were already formally underway in the Zimbabwe National Army to deploy soldiers to fight against a deadly Islamist insurgency in that country’s northern Cabo Delgado province after insurgents seeking to establish a caliphate there scaled up attacks last month.

Mozambican media reported last month that the militants turned a football pitch in a village into an execution ground, where they decapitated and chopped bodies of 50 people overnight.

The beheadings are the latest in a series of gruesome attacks that the militants have carried out in the gas-rich Cabo Delgado province since 2017.

Up to 2 000 people have been killed and about 430 000 have been left homeless in the conflict in the mainly Muslim province.

The militants, from the Al Sunnah wa Jama’ah (ASWJ), are linked to the Islamic State (IS) group which is fighting to establish a foothold in southern Africa.

Many locals complain that they have benefited little from the province’s extraction  of rubies and gas  by Western multinationals.

The under-resourced Mozambican government requested Zimbabwe’s military assistance under a bilateral agreement in August this year as Sadc remains reluctant to mount a concerted regional effort.

In addition to the ASWJ, radical opposition Renamo militias have also escalated violent attacks in the central and western Manica province, posing a realistic danger to Zimbabwe and its economic interests.

There are fears that the insurgency will spill into an already fragile Zimbabwe, threatening the country’s security and critical imports and exports via the Port of Beira, including vital fuel supplies.

“Meetings are being held on a regular basis and we are most likely to intervene in the war,” a high-ranking military source said.

“What is worrying most is that most  Sadc countries are reluctant to send troops to Mozambique, understandably so because they have very little, if anything, to lose from it while we stand to lose the most given how strategic the country is to our own economy. The other countries can afford to relax, as they are doing, but we cannot afford that luxury,” the source said.

“There are preparations going on and indications are that if things continue to worsen, we will send troops there.”

The militants have disrupted freight on the Mutare-Beira trade corridor, which gives Zimbabwe the shortest route to the sea and pose a huge threat to the economically strategic Beira-Harare oil pipeline.

The Mozambique Defence Forces have had to rely on mercenaries under the command of former Zimbabwean army colonel Lionel Dyck’s South African-based private security company, Dyck Advisory Group. Dyck is widely believed to be Mnangagwa’s ally.

In September, the United States government asked Zimbabwe to help put down the insurgency and – as previously reported by The NewsHawks – Harare was keen on the undertaking if it came with technical and financial assistance from Washington DC.

We can now reveal that war strategists in the ZNA and senior government and intelligence officials have been meeting since then to devise the most feasible plan of action.

The US Counterterrorism Co-ordinator, Nathan Sales, this week said he met with Mozambican government officials to explore ways the US can help the country enhance its civilian law enforcement capabilities as well as its border security capabilities.

“I think one of the things we’ve seen with terrorist groups like ISIS time and again is that they don’t respect national boundaries, and in fact they do their best to exploit national borders. And that’s why one of the major topics of discussion when I was in the region (Sadc) was what the United States might be able to do to help boost border security,” Sales said during a telephone briefing with the media.

“We think that working with our partners on the ground, we will be able to coordinate our efforts better to contain terrorists, to degrade them, and ultimately to defeat them. But ultimately that requires maintaining control over borders and making sure the terrorists don’t have freedom of movement across international boundaries.”

Sources said the position of the government now is that if Sadc continues to sit on the fence, Zimbabwe would go it alone.

However, some senior military officials are understood to be approaching the matter with caution and have warned that the country could be plunged into a war to serve US interests. American companies are heavily invested in the Cabo Delgado region where they are extracting oil, gas and other precious minerals along with rich European conglomerates making a killing there.

Officials further said the ZNA was encouraged by reports from advance reconnaissance teams from the army’s special forces which were deployed there in April. According to the sources, the reports basically indicated that the advance teams were confident that this is a mission the ZNA could easily undertake.

“The indications are that from the (reconnaissance) reports submitted, the top people (in the army) are convinced that this is a mission they can successfully execute given the terrorists’ mode of operation. Our ground forces are well trained to handle such operations,” a military source said.

Muchinguri-Kashiri requested written questions which she said she would forward to “military people to respond to”.

“These act of barbarity must be stamped out wherever they are found,” Mnangagwa said in a post on his official Twitter handle.

“Zimbabwe is ready assist in any way we can. The security of our region is paramount in the protection of our people,” he further wrote.

Citizenship For Shona People in Kenya