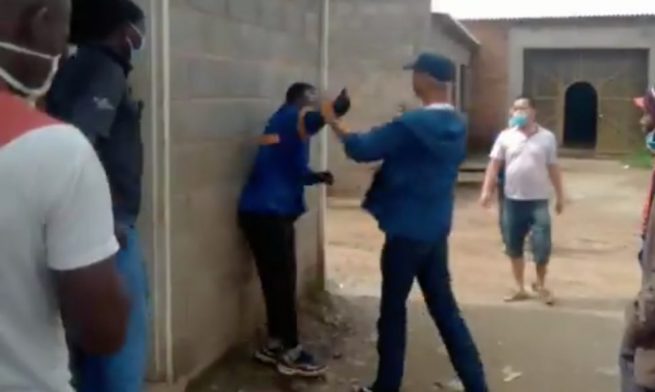 A CHINESE man, who was recorded while assaulting his employees was last week ordered to leave the country by Bulawayo magistrate Mr Stephen Ndhlovu, for unlawfully and intentionally remaining in the country knowing that his permit had expired.

Zhang’s arrest resulted in immigration officers checking his legal status in the country.

They visited Fools Mine where they discovered that his permit had expired.

On January 27, he appeared before Mr Ndhlovu facing one count of contravening Section 29(10b) as read with Section 29(2a) of the Immigration Act Chapter 4:02 “Entering or remaining in Zimbabwe”.

In passing the sentence, Mr Ndhlovu condemned Zhang’s conduct, saying he deserved a harsh punishment. He fined him $5 000 before ordering him to leave the country for China from Robert Mugabe International Airport.

The court heard that upon verification of Zhang’s passport number EC 9238025, it was discovered that he had a visitor’s entry certificate which was issued at Robert Mugabe International Airport on November 12, 2020, which expired on December 12 and had not been renewed.

It is alleged that Zhang failed to leave Zimbabwe or to inform the Chief Immigration Officer about the expired certificate and intention renew it as provided to by the law.

He has been transferred to Harare Remand Prison awaiting deportation.

The paperwork has been done and posted to Harare headquarters for final processing. Prosecutors said they are on course to charge Fools Mine for illegally employing an immigrant.

The Chinese man has since arrived here in Harare and is kept at Harare remand prison waiting for deportation. He said he was supposed to leave the country on February 2 as per court’s ruling but due to administrative challenges posed by the Covid-19 pandemic, he failed.

Cyanide from ZRP-run mine kills 18 cattle