Zimbabwe Diaspora Vote On the Cards 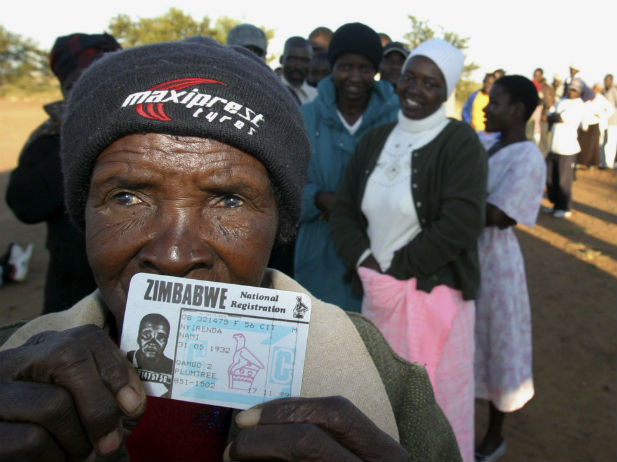 In what could be a major overhaul of the local voting system, Government will assess the feasibility of introducing Diaspora voting to Zimbabweans living in foreign lands.

Current legislation limits voting rights to Zimbabweans who are on official Government assignments.

Any other Zimbabwean living in a foreign land is required to physically present themselves at their registered polling station to cast their vote.

Zimbabwe has a large Diaspora in countries such as South Africa and the United Kingdom.

Justice, Legal and Parliamentary Affairs Minister Ziyambi Ziyambi told The Sunday Mail that an international study will be commissioned next year.

“We want to commission a study to see how other jurisdictions are implementing the Diaspora vote and hopefully we will be done with that by June 2020,” said Minister Ziyambi.

“Once we have seen how others do it, we will then be able to make a decision on whether we need to amend the law to give effect to it or not.”

“The Diaspora vote is there in our statutes but it is just restricted to people on Government business,” said Mr Chimhini.

“They vote at their designated polling stations through postal voting.

“What is needed is to extend postal voting to all voters in the Diaspora on the condition that they register to vote.

“There will be need to change the Electoral Act to extend postal voting, not only to people on Government business, but to all people who are registered voters.

“But what is clear is that the Diaspora vote cannot be extended to every country where there is a Zimbabwean voter.”

He said other African countries have Diaspora voting systems that ensure citizens are not disenfranchised.

“They extend the right to countries where there is a significant population from their countries.

“The only difference is that they have different electoral systems from ours.

“In Mozambique, for example, they have created a Diaspora constituency, where they vote for a Diaspora representative.

“In South Africa they have proportional representation, which means that voters cast their ballots for political parties, not necessarily for individuals.

“We already have a postal voting system that works, the same provision can be extended to everyone.

“It is important for Government to carry out this study so that we can come up with a system that works for us,” he said.