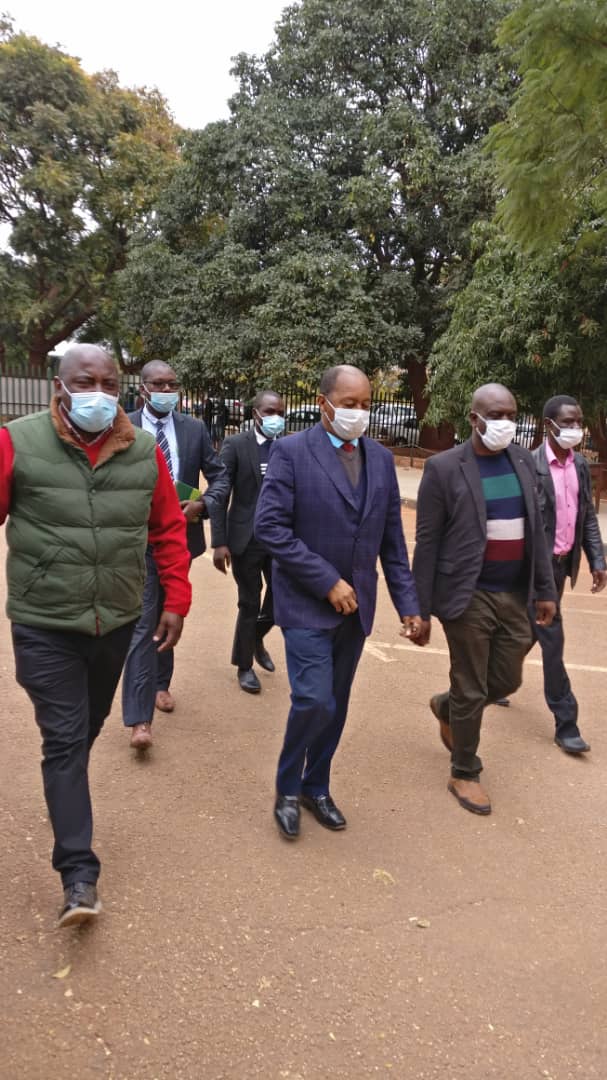 HEALTH and Child Care Minister Obadiah Moyo, who is facing three counts of criminal abuse of office as a public official in relation to the procurement of US$60 million Covid-19 materials, has been released on ZW$50,000 (about US$600) bail.

Harare Magistrate Munamato Mutevedzi granted Moyo bail this afternoon following his appearance before the courts after his arrest over the scandal.

Mutevedzi also ordered Moyo to report to the Zimbabwe Anti-Corruption Commission, which arrested him, thrice a week.

He is also to surrender his passport, and to not interfere with State witnesses.

The witnesses include Permanent Secretary in the Ministry of Finance and Economic Development, George Guvamatanga, as well as Dr. Agnes Mahomva who is national coordinator of the National Covid-19 Taskforce.

Other witnesses, according to the court papers, are top managers at the National Pharmaceutical Company (NatPharm).

The State had earlier on indicated that it would oppose bail as the accused could abscond and /or interfere with witnesses as he faces a lengthy period in jail if convicted.

The State had further said it had a syro g case against the accused, hence there was a motive for him to abscond if released.

However, the State capitulated at the last minute and agreed to the accused being granted bail.

Meanwhile, the Minister will be back in court on 31st July.-zimvoice

‘I’ll be buried in the Harvest House basement’ – Komichi

“Pogba Always Has A Point To Prove” – Ole Gunnar Solskjaer