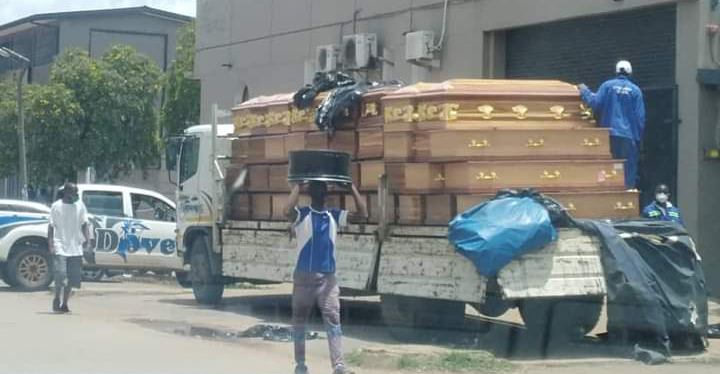 Zimbabwe is creating 500 new nursing posts at Covid-19 treatment centres around the country, while it moves to review risk allowances for frontline workers, a cabinet minister said on Thursday.

The last week has been the most devastating for Zimbabwe since the virus was first detected in March last year, claiming – among dozens of daily deaths – the lives of two ministers and a former governor of the central bank.

The government is fearful of job boycotts by health workers who say they are not being provided adequate personal protective equipment and are overwhelmed.

“The government through the national taskforce on Covid-19 owes health workers a debt of gratitude. Those who work in the red zones which deal with the care of Covid-19 patients will have their risk allowances reviewed with the intention of compensating them adequately,” acting information minister Jenfan Muswere said in a statement on Thursday.

Five hundred news nursing posts will be filled “to augment staff complement at treatments centres and risk allowances to frontline workers are being reviewed,” he added.

Thousands of nurses who graduated in recent years are sitting at home after the broke government froze recruitment. But a spike in new infections and deaths has forced the government into a rethink.

President Emmerson Mnangagwa buried Manicaland provincial minister Ellen Gwaradzimba and liberation stalwart Moton Malianga at the National Heroes Acre in Harare on Thursday, a day after he announced the death of foreign minister Sibusiso Moyo – all victims of Covid-19.

Muswere said a Draft Vaccination Framework Programme was now in place as the country prepares to roll out a vaccination campaign which the government says will be voluntary.

The vaccines, sourced by the AU’s Vaccine Acquisition Task Force, will be supplied by Pfizer and AstraZeneca through the Serum Institute of India, and Johnson & Johnson, Ramaphosa said.