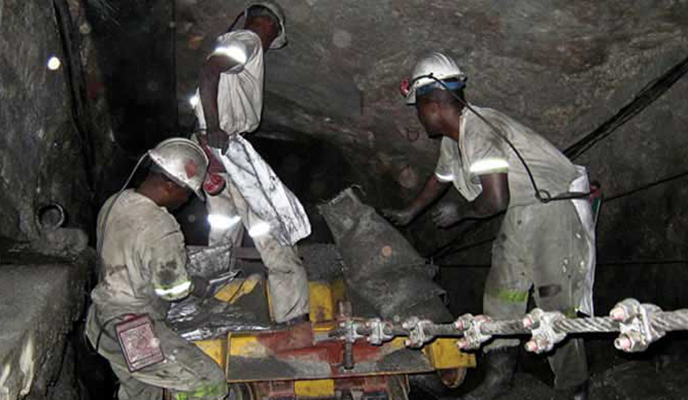 Zimbabwe will increase the proportion of dollars gold miners can keep from their sales, the central bank’s bullion-buying arm said on Wednesday, yielding to pressure from producers who were pushing to retain more.

Gold is Zimbabwe’s single largest foreign currency earner, and Fidelity Printers and Refiners, an arm of the central bank, has a monopoly on buying and refining all the country’s production.

Fidelity’s general manager Fradreck Kunaka said in a statement that small-scale miners would keep all their payment in dollars, while bigger producers would retain 70% of their money in the U.S. currency.

Until now, gold miners received only 55% of their sales in dollars and the balance in local currency at a fixed exchange rate.

Smaller producers, including artisanal miners, would be paid in cash at a flat rate of $45 per gramme of gold, said Kunaka. Payments to larger producers are pegged to the London benchmark price.

Gold producers, along with the rest of the mining sector, have been lobbying to retain all their foreign currency earnings, saying the Zimbabwe dollar proportion was hurting output, which fell to 27.6 tonnes last year from 33.2 tonnes in 2018.

The Zimbabwe dollar was re-introduced last year in June, ending a decade of dollarisation. It is fixed at 25 to the U.S. dollar, but is trading above 60 on the black market.

Fidelity sells its gold chiefly to Rand Refineries in South Africa and refineries in Dubai.-Reuters