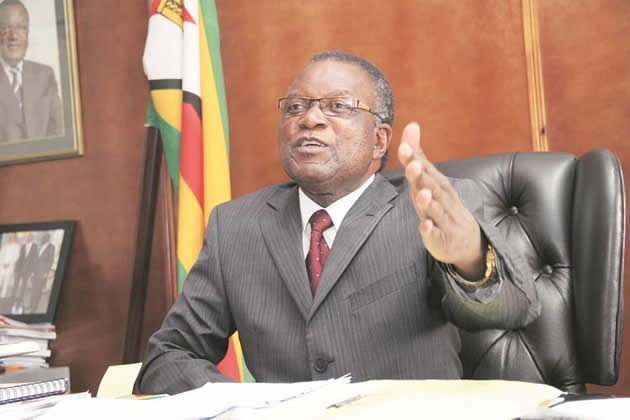 Although fuel consumers are generally able to access fuel, some gaps still exist as we continue to witness fuel queues, even though some are short — that’s a fact.

The demand trends I have witnessed are that diesel sales have increased from a daily average consumption of 1,9-million litres in April to 4,5-million litres by end of October 2018, which means diesel sales and demand has more than doubled during the seven-month period.

The increased fuel demand has strained the country’s foreign currency reserves and resulted in the challenges that we are facing in the fuel supply chain.

The primary reason, as I mentioned, is rapid increase in demand coupled with limited foreign currency supply.

As you are aware, we are not generating as much exports to meet the growing demand for foreign currency.

Remember, it’s not only fuel (which needs foreign currency), but there are other critical sectors as well.

Demand is also being driven by increased fuel affordability to foreigners, especially truckers.

It is also possible that a significant number of Zimbabweans receive monthly foreign currency remittances from the Diaspora, so you can see what is happening there.

The other point is that there is a possibility of illegal foreign exports of fuel to neighbouring countries, given the disparities between the official exchange rate and the parallel exchange rate.

I am on record as saying some trucks have been confiscated in neighbouring countries, especially on our northern side, with thousands of litres of fuel.

We made a request to the Ministry of Finance for funds to put a colourant on our fuel in order to differentiate it with fuel that is in transit.

That money was never given to us, and it goes back again to the issue of foreign currency supply.

We are, however, putting in place some drastic measures, through various departments in the ministry, to curb the smuggling of fuel.

The Reserve Bank of Zimbabwe is now expected to channel more forex to fuel than earlier in the year due to increased consumption.

Around April to June, the demand wasn’t there, but now because of where we are going — the festive period, farming period and revival of activity in industry — the allocations by RBZ do not match demand.

The shortages we are seeing now are as a result of things like hoarding, panic buying and some parallel market trading.

This has also resulted in accidents due to the highly flammable nature of petrol.

The other challenge we are having is that fuel companies are selling fuel in bond notes or swipe and the money is banked as such, but when they request money to go and purchase fuel, the money will be required as US dollars, so this is why we are having challenges.

I can tell you that if you buy fuel at the international market, it will be at about US0,70 cents per litre, but as we sell it in bond notes, our fuel becomes cheaper.

On the black market, fuel is selling at $4 or $5 per litre, so the fuel challenges we are facing arise from a mismatch on the rating between the US dollar and bond note.

This is what the parallel market is doing: the fuel price is being determined by the exchange rate between the US dollar and the bond note.

In my view as Minister of Energy and Power Development, we have enough fuel and as I speak, there are ships docking at Beira and fuel is being pumped there, and gaps in the market require the RBZ to act through providing foreign currency.

My appeal to our people is that let us not hoard fuel.

We now have a situation where even unregistered vehicles are now used to hoard fuel for resale because of the anticipated supply gaps.

It has to be appreciated that the reason why we are seeing queues is that there is fuel in the first place.

Some motorists are now conniving with petrol attendants to hoard fuel for the black market; that habit must stop, and we are going to do something about these people.

Dr Jorum Gumbo, who is the Minister of Energy and Power Development, was speaking to The Sunday Mail’s Norman Muchemwa.