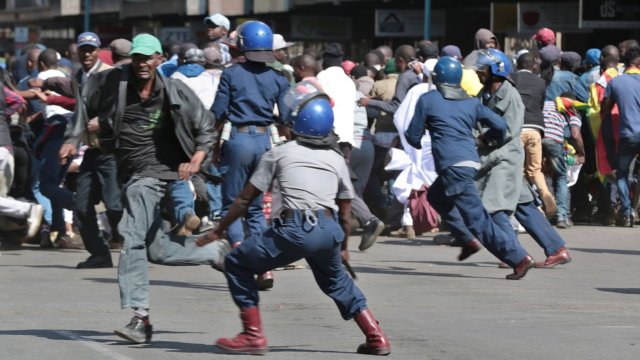 UNIVERSITY of Zimbabwe (UZ) students yesterday protested at the institution over a massive fee hike of as much as $500 000.

The students resolved to boycott lectures until the fees are reviewed, but riot police invaded the UZ campus to drive the students out of hostels.

Speaking to NewsDay, Students Representative Council president Allan Chipoyi said they were riled by the fee hike that has come amid dire economic challenges.

“In as much as we pursue dialogue today with the administration, no student should go to lectures until the institution has resolved to go back to the fees that we were paying last semester,” he said.

Some students who requested not to be named argued that the institution was going against government on price increases.

The riot police chased the students into New Complex 1, an all-girls hostel, leaving the female students traumatised, considering that most of them seemed unaware of what was going on.

Most affected were first-year students staying on the ground floor of the hostel.