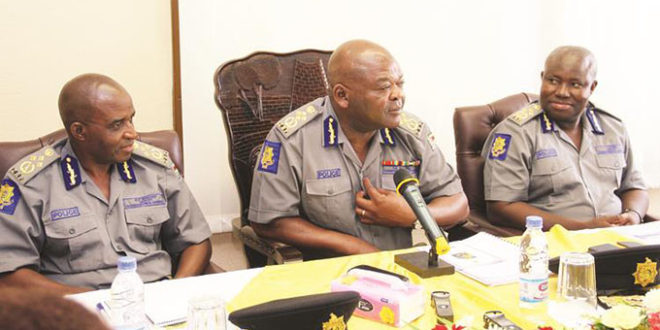 Zanu PF Chairman for Mashonaland Central Province who is also the Home Affairs Minister, Kazembe Kazembe, and his lieutenant the police chief, Godwin Matanga, have been dragged to the courts for violently grabbing a farm.

The two together with an unnamed senior officer at ZRP Support Unit Shamva, have been dragged to the High Court by a local farmer identified as Cyril Gunda who is claiming that the three government officials unlawfully invaded his farm.

Gunda is seeking an order barring the police from disturbing his peace and to declare him as the rightful owner of Shamva’s Grahamshade Farm-Stateland.

It is Gunda’s case through an urgent High Court application that the police through the blessings of Kazembe and Matanga has started production at his farm.

The disgruntled farmer in his court challenge papers stated that he was offered a lease for the farm by the Lands minister last November and started developing the farm.

“Sometime after my team arrived at the farm, a Sergeant Tangai from ZRP Support Unit at the next property, Maienzi Farm, approached my team armed with a gun and told them to vacate the premises forthwith. He advised my team that he had been ordered by his superiors to tell us to vacate the farm,” reads part of his founding affidavit.

Zanu PF and the police have a bad history of disrespecting human and property rights.