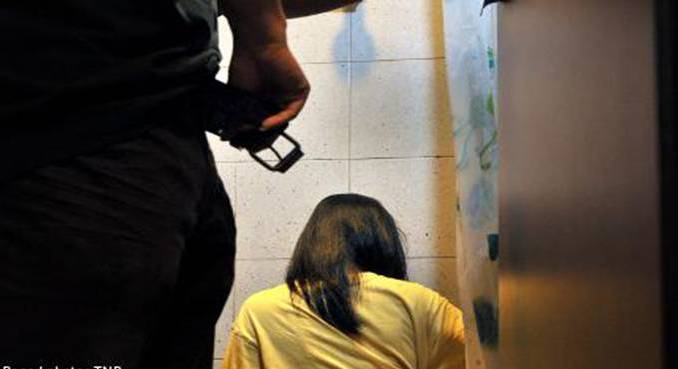 Ms Ncube-Mazibuko posted on her Facebook page last Friday claiming that Prof Moyo raped her 11 years ago while she was pregnant. She said efforts to report Prof Moyo, whom she said was powerful at the time, were ignored.

At the time, self-exiled former Commissioner-General Augustine Chihuri was still at the helm of the police services.

Prof Moyo, believed to be in Kenya, fled the country in November 2017 during Operation Restore Legacy. He is wanted by the police after absconding court where he is facing charges of allegedly diverting of US$244 575 from the Zimbabwe Manpower Development Fund (Zimdef).

National police spokesperson Assistant Commissioner Paul Nyathi said although Ms Ncube-Mazibuko has not yet formally made a police report, the officer commanding police in Bulawayo, Commissioner Patton Mbangwa, has been instructed to handle the matter.

Ms Ncube-Mazibuko said “some powerful men” do not care whether one is married or not or whether one consents or not.

“Well, I was sexually abused by Professor Jonathan Moyo and was too scared to even report or tell anyone until that fateful day 11 years ago when I went and told the police at Bulawayo Central Police Station what he had done to me,” she said.

Ms Ncube-Mazibuko wrote on her Facebook page: “Well, I have decided to empty my closet and speak out about a man who sexually abused me when I was pregnant and went on to silence me because he was very powerful and untouchable.”

“I went to the police to open a docket against these evil men who had tormented my mind with sexual and emotional abuse.” She said police recorded her statement but nothing was done to investigate my case.

“Till today my docket died a natural death. After my police report I was admitted and the same men made sure my admission to hospital was turned into a media curse. I was made a fool,” said Ms Ncube-Mazibuko.

“My case didn’t even see the light of day. The police did nothing to those powerful men. They continued with their lives and I languished in a mental hospital. I had given them their names in my docket but they had to be protected because they were in Government offices, they were ministers.”

She said by speaking out, she had lifted the load of the sexual abuse from her shoulders.

Posting on his Twitter page, Prof Moyo yesterday denied the allegations, which he described as “outrageous”.Source – chronicle

Shingi Munyeza Admits To Cheating On His Wife