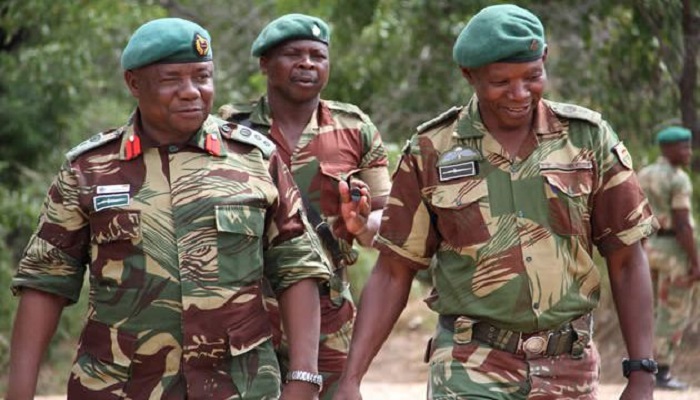 GOVERNMENT has ‘secretly’ awarded a salary increment and incentives to uniformed forces for the month of February, while those of other civil servants remain stagnated, Zim Morning Post has reported.

This is not the first time uniformed officers have received salary increments ahead of their colleagues within the public service.

“I must admit that we (in the uniformed forces) were this month pleasantly shocked,” said a soldier who refused to be named

Last year, the anomaly between members of the armed service and ordinary public servants was only corrected several months later, starting from the date of revocation of the salaries of uniformed forces.

“Our February salaries got an injection of more than ZWL10 000,” he added.

According to sources within the police and prison services whose salaries are paid through the Salary Service Bureau, they too got their pay-outs ‘secretly’.

Efforts to get an explanation on the exclusive increase from the Public Service Commission authorities proved fruitless at the time of writing.

On many occasions, when the Government of Zimbabwe finds itself under internal pressure to maintain a stranglehold over the citizenry, it has had to achieve that by forking out millions of local currency to secretly pay the army and other related institutions.

Last year, there was a widespread outcry from ordinary civil servants over an increment awarded exclusively to the men in uniform.

Meanwhile, the Legal and Parliamentary Affairs think-tank, Veritas, has questioned the rationale behind the sudden surge in members of the police force and army in the roads and high density suburbs of almost all towns and cities.

“Soldiers man roadblocks together with the police to enforce lockdown restrictions on movement. Soldiers are also deployed to patrol high-density areas and clear city centres. Their involvement in enforcing the lockdown has been institutionalised in regulations under the Public Health Act which includes members of the defence forces in the definition of ‘enforcement officer’,” Veritas said.

On December 1 2019, when the military was deployed in the streets of Harare to quell election-related disturbances, six civilians were killed in the resultant shoot out.