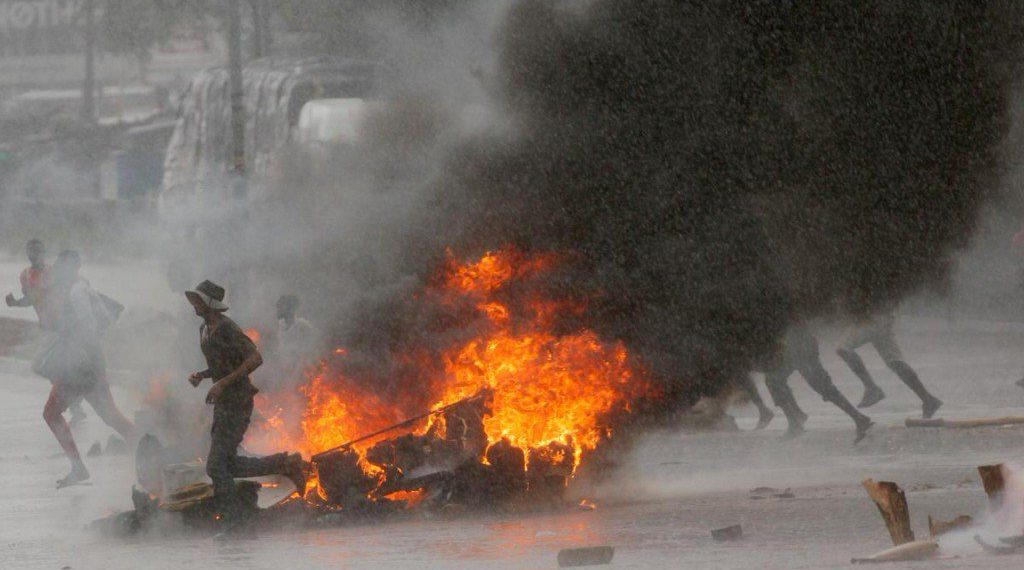 Since President Emmerson Mnangagwa of Zimbabwe announced the immediate increase in fuel prices this past weekend, the world has seen familiar images of unrest and blood shed from the embattled country.

Mnangagwa’s reasoning for increasing petrol prices by an estimated 66% within 24 hours has not sat well with Zimbabwean citizens. According to the president, the country’s wallet has been spread thin and the increase would do a lot in addressing shortages.

How Mnangagwa launched Zimbabwe into unrest

This was met with resistance, as expected and on Monday, Zimbabweans took to the streets of Harare and Bulawayo in a violent protest that has since claimed lives.

Zimbabwe’s military is notorious for using live ammunition to disperse crowds during protests and it appears that this was the case on Monday. Security Minister, Owen Ncube, confirmed that the protests had claimed lives and injured several riot police officers, including property.

Although he would not reveal the number of fatalities, the Zimbabwean Association of Doctors for Human Rights confirmed that at least 13 people had suffered gunshot wounds.

Furthermore, entering into the second day of the protests, there have been reports that the Zimbabwean government has interfered with connections to WhatsApp and Facebook.

the blocking on social media has begun, my WhatsApp on Netone network has been blocked…freedom of speech shall remain a fallacy in Zimbabwe #shutdownZimbabwe#ShutDownZim

People took to Twitter to reveal that they have not been able to access these two social network platforms since the early hours of Tuesday morning and are somehow blaming the government for restricting their right to freedom of speech.

Censorship of social media platforms like Facebook is something that has been practiced by countries such as China. There are different ways a country can block the internet for users.

Internet service providers (ISP) could have been asked to filter websites and applications out of connectivity so that people do not get access to WhatsApp or Facebook.

@realDonaldTrump Zimbabwe is burning Mr. PRESIDENT PLEASE INTERVENE… WHATSAPP, TWITTER AND FACEBOOK HAS BEEN BLOCKED. CIVILIANS WHO ARE DEFENSELESS HAVE BEEN SHOT..

Also, governments tend to use autonomous system number (ASN) blocking. According to Make Tech Easier (MTE), this is the more controversial and sneaky way of restricting the internet to citizens.

“When proxies cause problems, autonomous system number (ASN) blocking provides a very controversial way to block access to particular websites. To make this easier to understand, each ISP has an ASN allocated for particular IP ranges it controls.

If a government wants to block a website, it can “trick” its own infrastructure by allocating a smaller ASN (creating a path of least resistance) with an IP range containing the IP of the website it wants to block. This will direct routers to go to its own version of a particular website rather than the website itself.”

It can never be confirmed by the government but people have made up their mind. The second day of the fuel protests is set to continue and we will have a close eye on any new developments.-SABC