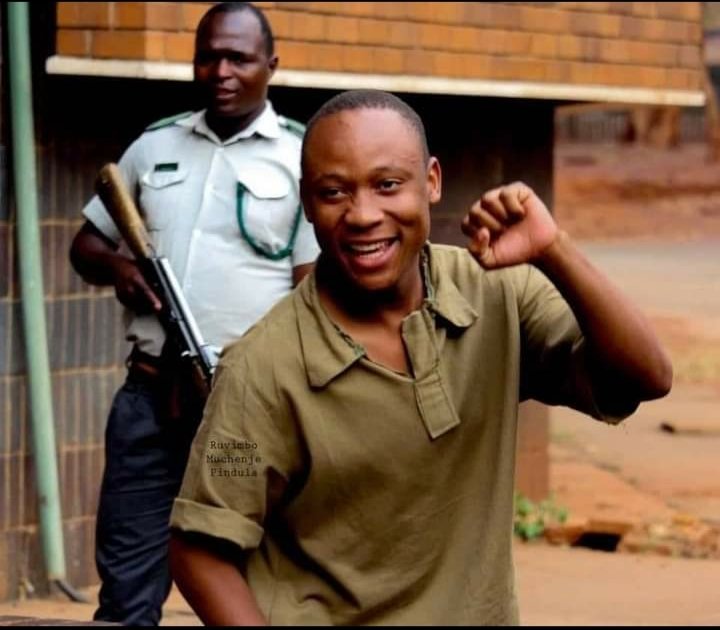 In a tweet, Ngadziore chided Chamisa for saying (in a tweet) that he was in Zaka at a time Haruzivishe, a prominent MDC Alliance was being sentenced to 36 months in prison for whistling.

The University of Zimbabwe student said Chamisa’s failure to offer solidarity to “Mako” gives credence to the view that party activists are on their own when they are persecuted by the State. Wrote Ngadziore:

I hold the view that: The Zaka/Bvukururu tweet is WRONG. The message might be right but the timing isn’t! The Nation & world is focusing on @MakomboreroH”s incarceration. Thus, it materializes the (fallacy) that Party Activists/HRD”s are on their own. Silence was Golden #FreeMako.

Posting on Twitter on Tuesday afternoon, Chamisa said he was in Bvukururu, Zaka, Masvingo Province. He tweeted:

I’m in Bvukururu, Zaka. It’s so refreshing to listen to citizen voices here and see how Zimbabweans are converging, so determined to see real change & a New Zimbabwe. Many are concerned but strong. Harvesting, bad roads & persecution of Citizens and Opposition leaders topical.

On the first count of incitement, as defined in section 187 of the Criminal Law (Codification and Reform) Act, Harare Magistrate Judith Taruvinga sentenced Haruzivishe to serve 24 months in prison of which 10 months were suspended for a period of five years.

On the second count of resisting a peace officer as defined in section 176 of the Criminal Law (Codification and Reform) Act, the pro-democracy campaigner was sentenced to serve 12 months of which six months were suspended for a period of five years.