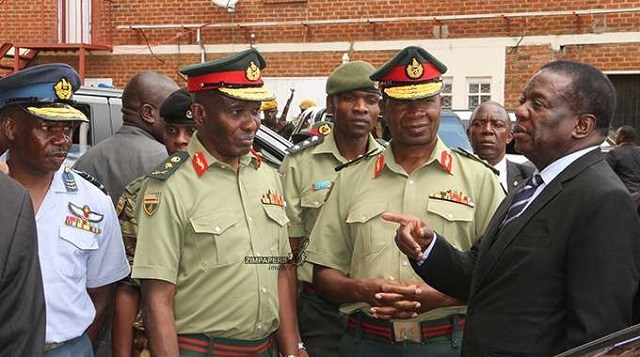 Brigadier-General Andrew Lokotongo Mazawara, a Zanla combatant who joined the war in 1977 at Chimoio, Mozambique, died yesterday morning in the Democratic Republic of Congo (DRC).

Zimbabwe National Liberation War Veterans Association (ZNLWVA) chairman Cde Christopher Mutsvangwa yesterday said: “I received a call two weeks ago as he fought for his health in a Lubumbashi hospital. Covid-19 times are a difficult time. I extended the little help I could.

“He phoned yesterday. He echoed the apocalyptic words of compatriot Patrice Lumumba, the murdered first Prime Minister of his country. He spoke of the importance of teaching the youths the genuine history of Africa as created by the defiant African people in their grand struggle to recover, restore and grow their own identity.

“Sadly, he passed on early this morning (yesterday) leaving me and his many Zanla wartime comrades one less combatant poor.”

In a letter from Thysville Prison to his wife, Cde Lumumba wrote: “The day will come when history will speak. But it will not be the history which will be taught in Brussels, Paris, Washington or the United Nations . . . Africa will write its own history and in both north and south, it will be a history of glory and dignity.”

When he joined Zanla, Brig-Gen Mazawara had come from the Netherlands and spoke neither English nor any indigenous Zimbabwean language.

He was initially and erroneously suspected of being a spy during the wartime tension, but General Josiah Magama Tongogara, the Zanla military supremo, brushed aside the accusations.

He was then entrusted to the care of Cde Mutsvangwa as they could both converse in French.

His mother was a Zimbabwean from Hwange, who married a Congolese working in the colliery.

He grew up in the DRC before missionaries took him to the Netherlands.

Cde Mutsvangwa said with the Chimurenga war reverberating, Brig-Gen Mazawara decided to go to Mozambique to join the ranks of other youthful fighters.

On finishing military training, he joined the detachment units that were the core of the defence of a complex of Chimoio guerrilla bases which served as Zanla headquarters.

He would survive a surge of Rhodesian combined ground air assaults all the way to the victory and armistice in 1979.

After independence, he joined the Ministry of Mines and started a family in Zimbabwe.

Brig-Gen Mazawara returned to active military service during the 1996 to 1998 Operation Sovereign Legitimacy in the DRC.

This was the allied military intervention by Zimbabwe, Angola and Namibia to thwart the Uganda and Rwanda invasion targeting the overthrow of the late President Laurent Kabila.

He helped set up the President’s close security unit in Kinshasa and was later deployed to head the Eastern War Theatre of the Congolese Army, one of the three war zones of the DRC.

His service saw him rise to rank of Brigadier General at his recent retirement.

Brig-Gen Mazawara endeared himself to many of his wartime comrades, forged close links with ANC’s Umkonto we Sizwe and other freedom fighters of the militant and heroic sub-region.