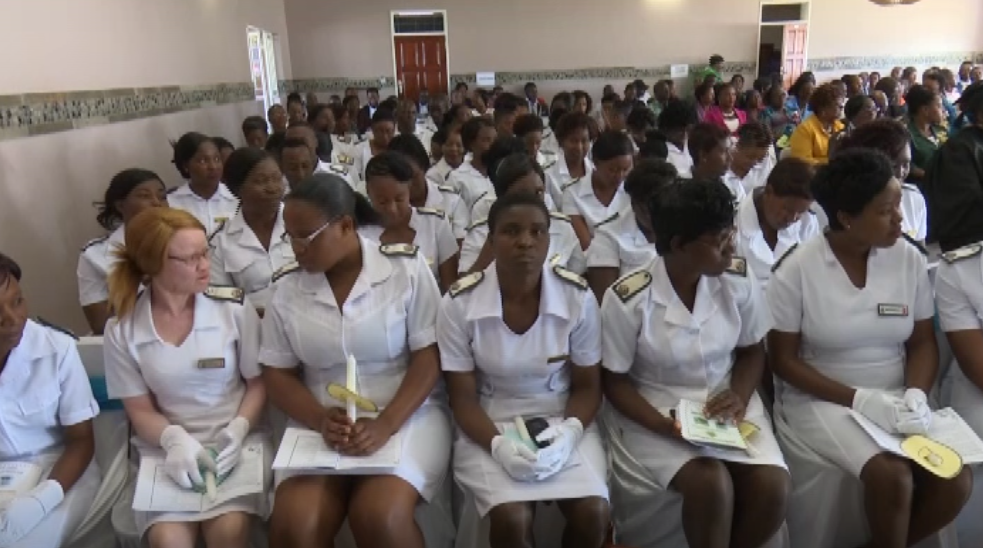 With significant numbers of Zimbabwean medical professionals now working around the world, the Government is engaging the United Nations and other multi-lateral agencies to help pay the enormous training costs through fair compensation or financial collaboration on the training of health workers.

If the plan is accepted, Zimbabwe would be on course to recoup some of the millions of dollars it has been spending on training health personnel since independence or be able to train replacements with outside support.

Vice President and Minister of Health and Child Care Dr Constantino Chiwenga laid out the proposals during an interactive meeting with stakeholders in the health sector in Victoria Falls.

The meeting heard that the Health Services Board had already conducted research on the training costs incurred when training professionals who then emigrated, and had prepared a document which was now with the Ministry of Foreign Affairs and International Trade, through which deliberations would be made.

Zimbabwe’s health professionals are considered well-trained and so get offers of employment with around 40 percent of locally trained professionals now employed in countries like the United States, Great Britain, Canada, Australia and South Africa.

The country spends US$70 000 annually to train a single doctor, bringing the cumulative cost for full training to around US$350 000, money which the Government now wants to recover through various avenues.

The envisaged compensation or other financial arrangements would then be used to help fund the training of more professionals with trainers saying they are willing to tutor more personnel if required resources are available.

Responding to a question from a leading public health researcher from the Health Ministry, Dr Pisirai Ndarukwa, on what the Government was doing to address the brain drain, VP Chiwenga said: “It is a matter we have now opened for discussion with the United Nations because there are regulations to that effect.

“We need to discuss, to say we have trained these people. It takes Zimbabwe US$70 000 per year to train a doctor, and multiply that by the number of years the doctor is trained,” said VP Chiwenga.

“Other governments get paid, so we are following up on this matter and we will be following it up with our Ministry of Foreign Affairs.

“Dr Ndarukwa thank you for inquiring and pushing us but the matter is already being handled,” said VP Chiwenga.

Zimbabwe wants a situation where countries recruiting locally trained experts pay something so that all parties involved benefit. This would allow Zimbabwe to expand training and so cope both with local requirements and the attrition of those who want to work elsewhere.

Medical and nursing schools are now having to demand the highest level of exam results and turn many exceptionally well-qualified candidates away, so filling extra places would not be difficult.

The country is facing a shortage of nurses and doctors and needs around 10 000 doctors to cater for its population as prescribed by World Health Organisation standards.

Since independence, Zimbabwe has trained over 50 000 personnel to work in clinical settings.

Permanent Secretary in the Ministry Air Commodore Dr Jasper Chimedza said it was important for the investment done by the country to be compensated if it no longer benefited locals.

“It’s an investment which is done by the Government, by taxpayers, so it becomes important that we get compensation.

“Discussions have been initiated through the Ministry of Foreign Affairs. The Health Services Board came up with a document which will be submitted to Foreign Affairs,” said Air Commodore Dr Chimedza.

Zimbabwe could not just be training personnel only for them to leave for free each year.

After the interface Dr Ndarukwa gave the intricate details on the training of health workers.

“We need things like accessories, allowances for lecturers, materials and other resources. We lost around 40 percent of the trained personnel that’s inclusive of doctors and nurses. This includes specialist personnel,” said Dr Ndarukwa.

“We need money to train and the benefiting countries should invest in training. If they are compensating, we should be able to train more knowing that we will also cover our training needs.

“Once we cover our attrition rates the Government benefits from the programmes and processes of training.”-Herald

Manchester City extends EPL lead with away win at Brentford