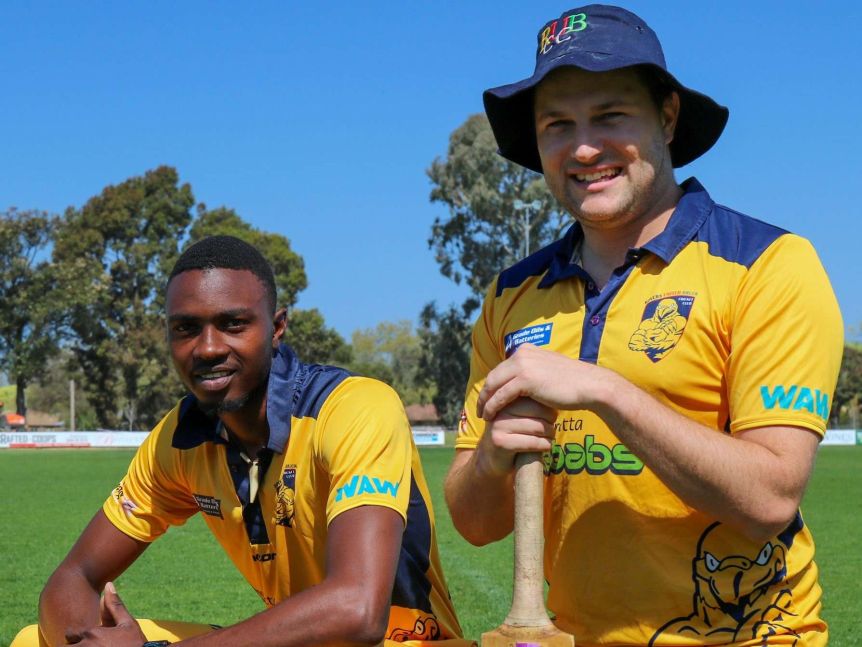 Tafadzwa Tsiga, better known as Taz, has been trying to get back to his home in Zimbabwe since March but COVID-19 travel restrictions have left him stranded in Wangaratta with no income.

The 25-year-old first landed in Australia in September last year when he was recruited to play cricket for the Rovers United Bruck Cricket Club in Wangaratta.

Tsiga said his aim was to better his cricket and challenge himself.

The wicket keeper and opening batsman had booked a number of flights to return home, but they were all cancelled.

“I didn’t think it would take this long to get a flight, it’s been 10 weeks now,” Tsiga said.

“I miss my family.”Coronavirus update: Follow all the latest news in our daily wrap.

President of the club, Peter Whitten, said Tsiga has been an asset to the team.

“He was on the cusp of playing for Zimbabwe a few years ago.”

Tsiga has been living with a local family in Wangaratta but has not been able to earn an income since the cricket season was cut short.

He came to Australia on a sports visa, and since most sports have been put on hold it has meant the young gun has not been able to seek other work.

“I just sit at home all day — the only thing I can do really is go for a run really,” Tsiga said.

There are over 30 other Zimbabweans currently in Australia facing the same problem.

A flight back home is scheduled for June 9 via South Africa and then onto Zimbabwe, but it is not cheap.

“It’s an expensive way to do it,” Mr Whitten said.

The club’s been doing it tough as a result of the pandemic, but Mr Whitten said it was still determined to help Tsiga get back home.

“Like any sporting club in Australia and around the world at the moment, we’ve taken a fair financial impact from the coronavirus pandemic by not having social events and bar sales and things like that,” he said.

A GoFundMe page has been established to help raise money for Tsiga to purchase a seat on the only flight back.

“It’s a long way and a long time to be away from your family and friends,” Mr Whitten said.

While the focus is on getting Tsiga back home, Mr Whitten says he hopes to see him back again one day soon.

“We would have him back at the drop of a hat,” he said.

“He’s a fantastic person and a great guy to have around the club and we certainly believe if he came back he would excel.”