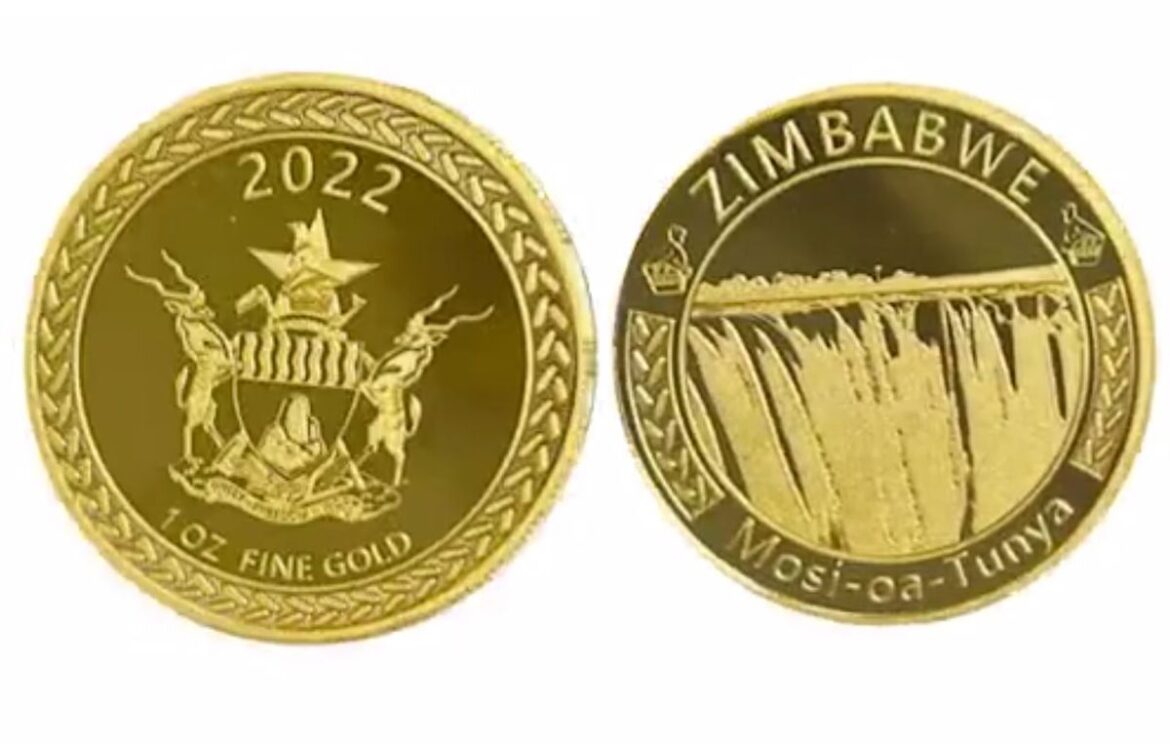 HARARE – The sale of the Zimbabwean gold coin, known as Mosi-oa-Tunya, begins today in a development expected to help stabilise the local currency while also providing a viable alternative store of wealth that is not the US dollar.

Reserve Bank of Zimbabwe (RBZ) Governor Dr John Mangudya told The Herald that all was set for the roll-out of the gold coins.

“Yes, everything is in place and the gold coins shall be distributed to banks for them to start selling the public. The impact of the gold coins is what we have already advised the public that they are an alternative investment product for value preservation to give a peace of mind in view of the past experiences of loss of value due to inflation and currency reforms.

“The gold coins are therefore expected to stabilise prices through taming the parallel exchange rates that have a pass through effect in inflation,” said Dr Mangudya.

In separate interviews yesterday, economists welcomed the roll-out of the gold coins but advised the Reserve Bank of Zimbabwe to ensure all loopholes that could be exploited by speculators were closed.
Economist and member of the RBZ’s Monetary Policy Committee Mr Persistence Gwanyanya said the gold coins were expected to provide a “viable alternative to the US$ as a store of value”.

“This is expected to reduce the demand for the US$ and thus stabilise the Zimbabwe dollar to the benefit of everyone in the economy,” said Mr Gwanyanya.

“By targeting individuals and entities with high volumes of Zimbabwe dollars, the gold coins are expected to suck out Zimbabwe dollar liquidity and reduce Zimbabwe dollar velocity, which is currently the key driver of currency volatility in Zimbabwe.

“This, it is expected, will stabilise the Zimbabwe. Stability will benefit the economy at large. If the gold coins work as expected, we may see an increase in the flow of gold to Fidelity Gold Refinery arising from increased capacity by Fidelity to buy and pay for gold timeously.”

“Let me emphasise that gold coins are not a suitable investment vehicle for everyone but is for entities and individuals with excessive Zimbabwe dollars or Us dollars.

“These include exporters who are sitting in huge sums of both US dollars and Zimbabwe dollars, institutional investors, corporates as well as high net worth individuals. The rest of us will benefit from stability that is expected from this intervention.

“Let me also emphasise that gold coins are not the best investment for speculators and arbitrageurs as measures have been taken to discourage them from taking advantage of this intervention to make unjustified profits,” said Mr Gwanyanya.

He said investment period of 180 days would discourage “the unruly elements”.

The RBZ is expected to rely on the know your customer and customer due diligence principles to select genuine investors or customers.

Langton Mabhanga of the Pan African Chamber of Commerce said this the latest innovation by monetary authorities will help store value for investors.

“The Mosi-oa-Tunya gold coin, with a hedged value of actual gold quantum, tradable anywhere in the world, reasserts Zimbabwe’s citizenry in the global financial and economic ecosystem.

“It arms Zimbabwean businesses to become much more futuristic with the induced macroeconomic stabilisation interventions in the monetary policy circuitry. The value of the coin is dependent on the world gold price, hence kills adverse speculation.

“The gold coin underpins investment confidence and market predictability. For global market leaders who would want to consolidate capital, while earning a premium, would be keen to participate in the Zimbabwe markets. I think the monetary authorities have started with capital to dispose of any morsel of confidence questions to the lower market tiers,” said Mr Mabhanga.

Another economist Mr Brains Muchemwa conceded that the price of the coins, on account of their weight, “is beyond the reach of many average citizens”.

“However, the pension funds and insurance markets should be able to participate and create strong investment assets that hedge policyholders’ contributions against inflation,” said Mr Muchemwa.

“On account of the huge arbitrage opportunities that exist between the official and parallel exchange rates, corporates with excess Zimbabwe dollar funds will more likely become arbitrageurs than savers, buying the coins for outright sale in future for assured gains on disposal. “These arbitrage opportunities defeat the policy intentions of attempting to lure corporates to divest from foreign currency holding to gold. Therefore, this otherwise noble policy initiative will be hijacked by arbitrageurs whose pursuit of the huge profitable opportunities will crowd out any decent-thinking investors with savings motive.”