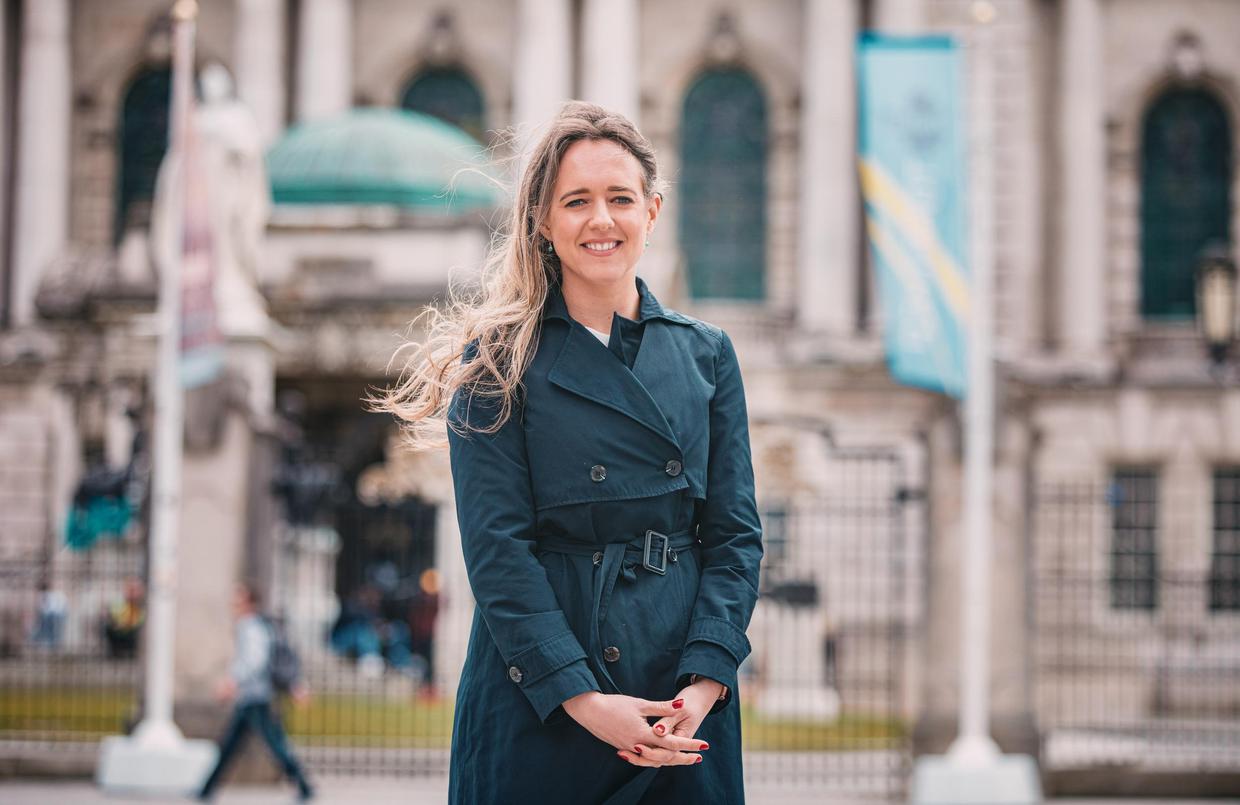 The next lord mayor of Belfast is to be the Alliance Party councillor Kate Nicholl, who was born in Zimbabwe.

She is the first person in recent times to hold the position who was not born in the UK or Ireland.

Ms Nicholl, 33, grew up in Marondera, in Zimbabwe, but when violence broke out in 2000, her family left the country and moved to Belfast.

She said her rise to the position of lord mayor in the city was a “positive message to all other newcomers”.

Ms Nicholl will succeed the DUP’s Frank McCoubrey in the top position at the start of June.

“I moved here when I was 12, at quite a difficult point in my life.

“It’s always been a sanctuary. It’s the place that became my home when I needed one.”

Kate Nicholl as a child in Zimbabwe
IMAGE COPYRIGHTKATE NICHOLL
image captionMs Nicholl was born in Zimbabwe and moved to NI in 2000
Her mother is from South Africa, while her father is from County Down, in Northern Ireland.

“They moved to Zimbabwe in 1982 because they wanted to raise their children in a country that didn’t have the division and the segregation of Northern Ireland, but also of South Africa where my mum had been raised.

“She grew up in apartheid South Africa and just didn’t want that for her children. So they moved to Zimbabwe and that’s where I was born,” said Ms Nicholl.

“Between 1999 and 2000, it was a difficult place to live and my mum ultimately made the decision for us to move to Belfast.”

By that stage, the peace process had taken hold in Northern Ireland, following the Good Friday Agreement in 1998.

Kate Nicholl with her son Cian
IMAGE COPYRIGHTKATE NICHOLL
image captionKate Nicholl and her son Cian in the chamber at Belfast City Council
She developed an interest in politics and worked as a researcher for former Alliance Party MLA Anna Lo.

At Belfast City Council, she is one of the representatives for the Balmoral area, in the south of the city.

Ms Nicholl, who works in marketing, is married and has a one-year-old son, Cian.

She said: “Belfast is a diverse, vibrant multi-cultural city and I think the fact that the lord mayor of Belfast, the first citizen, is going to be someone who wasn’t born here, who has chosen to make it home, and who has really embraced the city, is really positive.”

Ms Nicholl is set to become the sixth member of the cross-community Alliance Party to become Belfast lord mayor at a meeting of the council on 1 June.

Among the previous lord mayors of Belfast who were born outside of the UK and Ireland was Sir Otto Jaffe, who held the office between 1899-1900 and was born in Hamburg, Germany.

Viscount Pirrie, who was born in Quebec, Canada, and worked as chairman at Harland & Wolff, also served as the city’s mayor from 1896 to 1898.-BBC

When 12-year-old Kate Nicholl arrived in Belfast with her mother having fled Zimbabwe, she never dreamed she would end up its Lord Mayor. “My mum had £50 in her purse. Without the help of the Gingerbread charity for single parents, I don’t know how we’d have coped,” she says.

“We got a flat on the 12th floor of Riverdale House tower block in Dunmurry. It all seemed very grey. My whole world had collapsed. My parents’ marriage had broken up previously, and now we had left our home and were in a different country.

“When our belongings were shipped over, someone set fire to the boxes outside the flat. We literally lost everything, including photographs. I found it all very traumatic.”