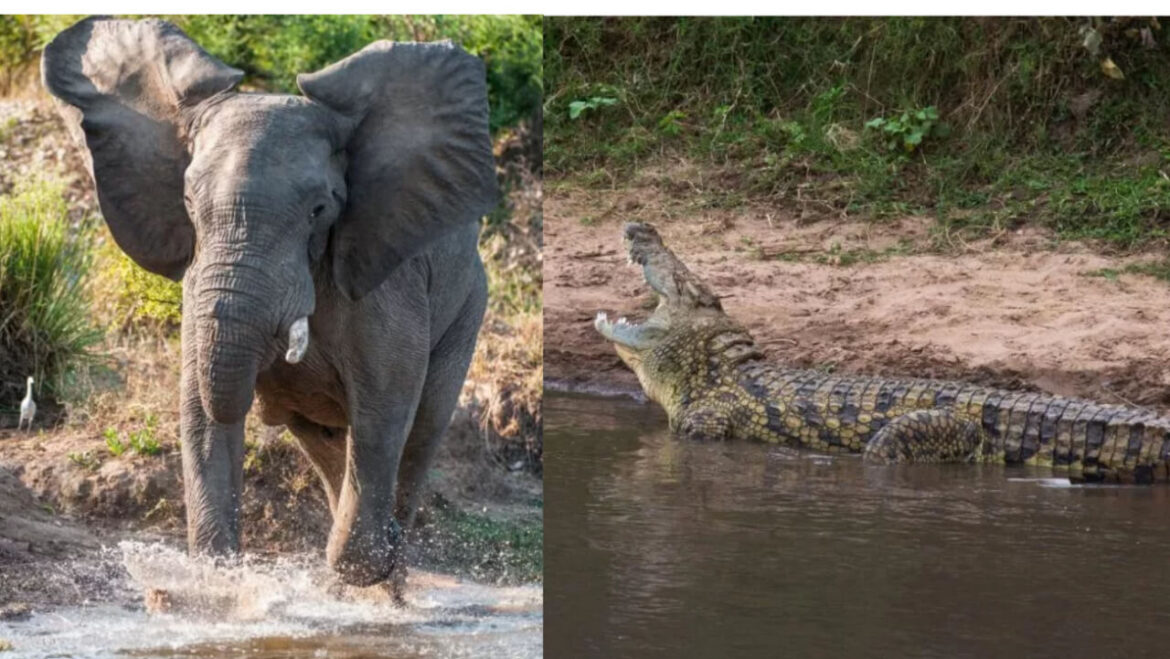 A Zimbabwean man is rueing his luck after he had the misfortune of being attacked by a crocodile while trying to flee from an enraged elephant which was charging him.

Winders Siamene, 34, of Binga, in Zimbabwe’s Matabeleland North province, lost both of his limbs as a result of the horrifying attack. His arm and his leg had to be amputated.

Siamene is currently in the hospital, recovering from his injuries.

According to his brother Fanikiso Mkombwe, Siamene was charged by an elephant while going on a fishing expedition.

“Winders was on his way to Mlibizi River when he saw an elephant charging towards him. It was then that he decided to run and jump into the river trying to evade the elephant. Unfortunately, he was attacked by a crocodile in the process. He was going to do fishing in Mlibizi River. He has since been admitted to Mpilo Hospital while his leg and arm have been amputated.”

The incident was also confirmed by Zimparks spokesperson Tinashe Farawo who warned members of the public to be cautious when dealing with water bodies.

“It is an unfortunate incident that a Binga villager was left disabled after being attacked by a crocodile. We are encouraging people to stay away from water bodies and treat them with caution. People should desist from fishing in these water bodies as they might be infested with crocodiles,” said Farawo.

Cases of human-wildlife conflict are on the increase in Zimbabwe.

In July, a breastfeeding woman from Masvingo lost both her hands when she braved attacks from hyenas to rescue her husband.

Muchanyara Munodya lost both her forearms in the horrific attack in mid-July. Her husband, Robert Maroyi, lost all his fingers, except for two, during the devastating attack.

Two-legged dinosaur from Zimbabwe is oldest ever found in Africa

Mbare Musika Toilets for US$1 a Go