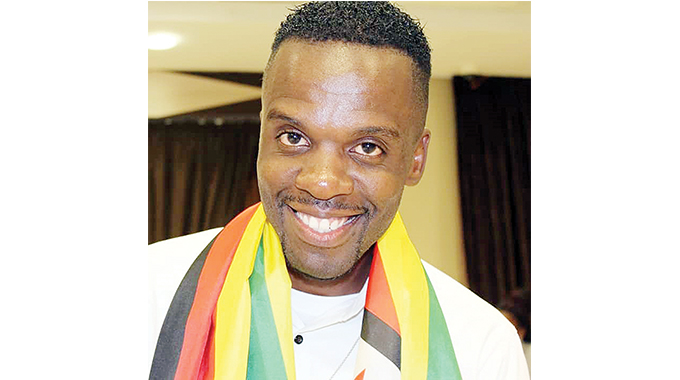 Tinotenda Mudarikwa a Zimbabwean man who was born without an anus – a rare medical condition that is known as imperforate anus (IA).

Believe it or not, in a rather unfortunate incident, a Zimbabwean man was born without an anus – a rare medical condition that is known as imperforate anus (IA). This rare ailment affects one in every five thousand births globally and is known to dampen one’s confidence as the bearer lose control of their bowel and defecate in public without notice.

In a report published by The Chronicle, 35-year-old Tinotenda Mudarikwa spends an average of 45 minutes daily on the toilet seat struggling to poop. While most of us spend at least a couple of minutes pooping and not even breaking a sweat.

As odd as it might look, Tinotenda is rather lucky because the majority of people who are born with this condition do not live to see teenagehood.

According to medical experts, an imperforate anus is a birth defect that develops when a baby is growing in its mother’s womb. Because of the missing anus, Tino and a few others out there cannot pass stools (faces) normally from their rectum.

Tinotenda lived through a hell of a life being called names like ‘stinking guy’ and ‘ugly smelling duckling’ all because he has never been able to control his bowels.

“Often, I had to change my undergarments and I had no one to confide in or understand what I was going through at that time. I had no friends and other pupils used to call me all sorts of names. I remember they nicknamed me ‘stinking guy’,” he says.

It never rains but pours, Tinotenda has to date undergone three surgeries without success.

“The word ‘toilet’ continues to play such a pivotal role in my life. Growing up I dreaded the toilet seat especially a public one like when I was in a boarding school, toilets were always dirty. Then I would even prefer using it maybe once a fortnight whenever my group was on cleaning duty,” says Tinotenda.

However, in 2017 Tino found salvation on Facebook when Greg Ryan an Australian national introduced him to the ‘Adults living with IA/(anorectal malformations) ARM’ support group. It was only then when Tino fully embraced his condition.

“Joining this group liberated me from the psychological prison I was in all my life. It was consoling and comforting to learn that there are other folks out there who were born with my exact same condition; some even worst-case scenarios,” he says.

While Ms Winnie Moyo, Tinotenda’s Mother blames witchcraft she also laments the pain she went through raising Tino from childbirth up until high school.

“I had to undergo a Caesarean section operation to deliver Tino, my first-born child, only to be told he needed an emergency surgery two days after his birth. His life had always been marred with pain and tears and I recall how twice he wanted to drop out of school because he was always being ridiculed for his condition,” says Ms Moyo.

“Tino was offered a place at Mpopoma High School for A-level but due to his condition, he decided to quit and never finished his studies. However, I am happy because, despite all this, God has been faithful. My son is doing well in life.

“I know we have women who may have children living with disabilities and we know our society is not kind enough to accept that such can happen. I encourage them to embrace these God-given gifts because He has great plans for each and every one of them despite condition and disabilities.”

To assist bowel movement, Tinotenda has to use an enema (ukupeyita) to help him defecate every day.

Five Popular Zimbabweans Who Died In 2020