Home Crime & Courts Zimbabwean man who told colleague: ‘I want to have a chocolate baby with you’, sacked by NHS
Crime & CourtsWorld News 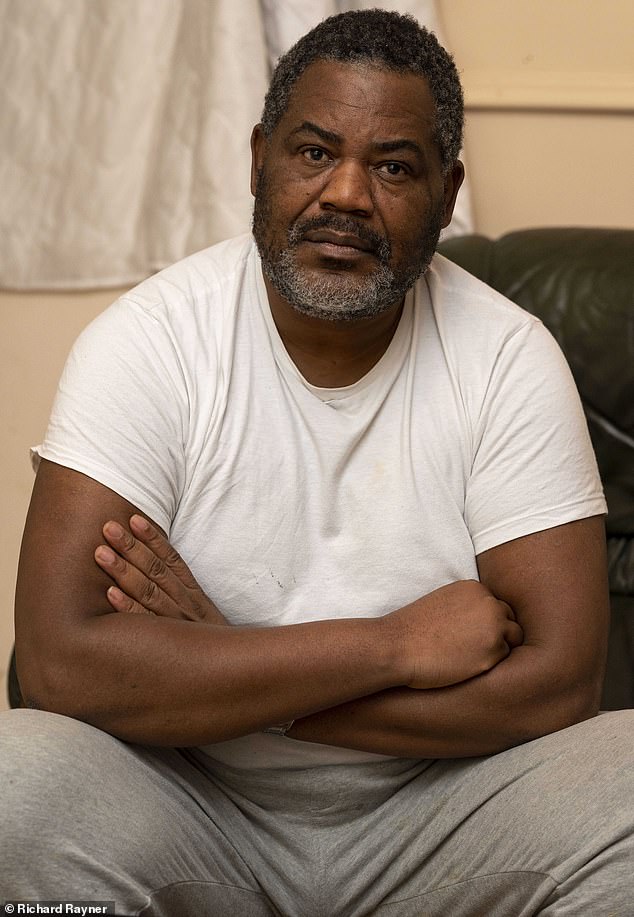 MIDDLESBOROUGH, UK – A Zimbabwean health assistant told a shocked colleague ‘I want to have a chocolate baby with you’ – then claimed racial discrimination when he was sacked by the NHS.

Farai Hombarume, 53, from Thornaby, Teesside, was considered a sex pest by female colleagues at a psychiatric unit, who dreaded his sexualised ‘banter’ at work.

He told one colleague he wanted to have a ‘chocolate baby’ with her and invited her to go outside with him during their break.The women complained Hombarume was harassing them and one had to go on sick leave for several months due to the stress he had caused her.

Following disciplinary hearings he was fired for gross misconduct in 2019 from the job he had held for nine years.

But he fought back, accusing the Tees Esk and Wear Valley (TEWV) NHS Foundation Trust of discriminating against him because he was black.

At an employment tribunal in Middlesbrough he brought a case for racial discrimination, unfair dismissal and wrongful dismissal from the Roseberry Park unit.

Giving evidence at the tribunal, Homburame said: ‘I truly believe these accusations are based on my race, skin colour and mere hatred from the three staff members.

‘I’m a family man, I have a partner who is a teacher and daughters of my own at university.

‘I would never say the things I was accused of saying, they conspired against me and the reason I was treated the way I was came down to my race and the colour of my skin.

‘There was an instance where I was racially abused by a patient, which is something that happens.

‘However I expected my colleagues to be supportive but instead they laughed about it.

‘The decision of the tribunal is very disappointing and I have written to them asking them to reconsider their findings.

‘I had worked for that trust for 10 years on so many different wards and never had a complaint against me.’

Hombarume added: ‘It was only on that ward with those particular people that this happened.’

In its judgement the tribunal ruled: ‘Mr Mayo dismissed the Claimant for gross misconduct, specifically sexual harassment towards female staff.

‘In coming to this conclusion, Mr Mayo believed that the following matters occurred and that such acts constituted sexual harassment by the Claimant of the female members of staff.

‘Throughout the nightshifts of 27 July, 28 July and 29 July 2018 the Claimant said to a colleague ”I was dreaming about you last night and we were in bed together”, ”I need a woman, are you going to help me out”, ”I like you, why don’t you like me, you would like to be with me”, ”I need to have a woman and you are going to oblige me”, that she should go home with him to his bed and that she and he would have cute babies together.’

The ruling continued: ‘During the course of three nightshifts from August 3 – August 5, 2018, the claimant said he wanted to have a chocolate baby with her.’

It went on: ‘On an unspecified date in 2016, the Claimant said to her ‘take your break 4-5 so that we can both round the back together.’

The panel concluded that his sacking had nothing to do with the colour of Hombarume skin.

They ruled: ‘There are no facts from which we could properly conclude that Mr Mayo’s decision that the claimant had made a number of inappropriate comments to female colleagues was influenced, consciously or subconsciously, by the claimant’s sex or his colour or ethnic or national origins and that Mr Mayo would have reached a different conclusion if the same allegations had been made against a white employee, an employee with a different nationality or national origins or if a female employee had been accused of making equivalent unwanted comments of a sexual nature. In any event, we find that Mr Mayo’s conclusions were not so influenced.’

The panel added: ‘In this case the claimant made several highly inappropriate and sexual comments to female employees over two shifts.

‘We are satisfied that, in making those comments, the claimant committed gross misconduct and the respondent was entitled to terminate the claimant’s employment without notice.’

Hombarume continued to insist his sacking was racially motivated today, adding he continues to work for NHS Professionals, the largest bank of non contract staff.