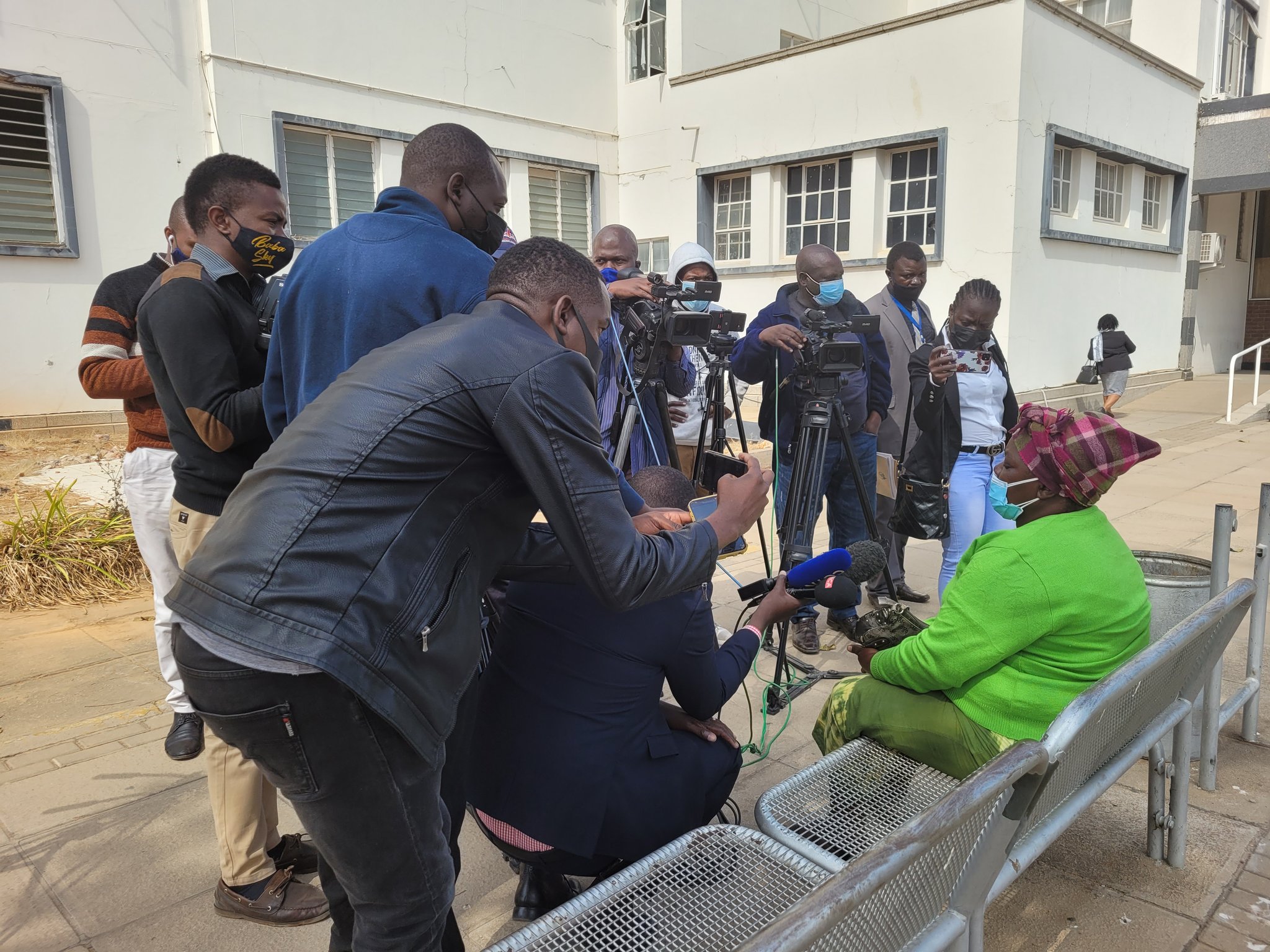 The tearful woman told journalists that her son (name withheld on request) had been taking care of his three siblings in Zimbabwe, and two cousins whose parents are late. She said:

I am hurt, I do not even know where or how he will restart his life.

The son is among 14 Zimbabweans who were deported from the United Kingdom (UK) this week. He went to the UK 21 years ago at the age of only 11.

He has left a wife and three children in the UK with the eldest still in primary school. Said the mother:

I just thank God he came back alive, I do not even know where or how he will restart his life and I know this is now only up to God himself.

The last time I spoke to him he was really hurt that he was being forced to leave his children behind.

Today, I wanted to see and talk to him, but I failed and have to deal with it. All I know is they will not kill him, they will eventually let him go and I will see him.

She followed journalists around hoping to catch a glimpse of her son as he disembarked from a chartered plane that brought them back.

Government authorities, however, blocked them from public view, whisking them away from media lenses, threatening to arrest journalists who kept trying to film the deportees.

Up to 500 Zimbabweans are expected to be deported from the UK as part of its “summer season of charter flight deportations”.

The deportees are reported to have served time in various prisons in the UK for crimes ranging from rape, robbery, drug peddling, and murder.

Secretary for Information, Nick Mangwana, said the deportees will be quarantined at the Zimbabwe Institute of Public Administration and Management (ZIPAM) in Darwendale for 10 days before they rejoin their families.