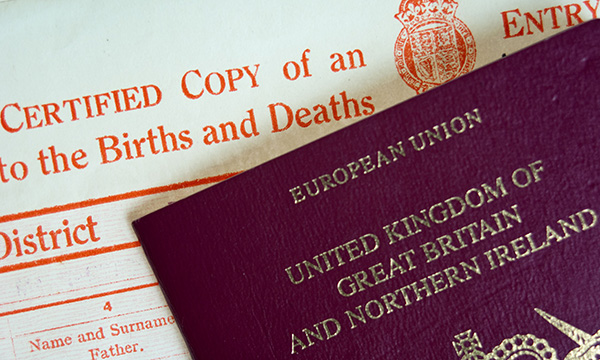 A Zimbabwean nurse who used fake documents to illegally get a UK passport has been struck off by the Nursing and Midwifery Council (NMC).

Mental health nurse Maidei Hukuimwe admitted paying a solicitor £2,000 for a false birth certificate to obtain a British passport to allow her the right to work in the UK.

Ms Hukuimwe, originally from Zimbabwe, had been working for South West Yorkshire Partnership

Leeds Crown Court was told that the 37-year-old Zimbabwean had come to the UK in 2000 initially on a student visa and had paid her way through university.

However, she made a “foolish” decision to obtain the false document which she then used to make herself a legitimate UK citizen and land the job in 2010.

Hukuimwe got a job at Fieldhead Hospital.

Labour councillor Nadiah Sharp suspended as taxi drivers hold Town Hall protest outside party disciplinary hearing
Sign up to our daily Wakefield Express Today newsletter
Enter your email
This site is protected by reCAPTCHA and the Google Privacy Notice and Terms of Service apply.
Prosecutor Allan Armbrister said she had been “well thought-of” at work and was promoted, making her way up to the band five/six pay scale within the NHS, earning up to £32,000 a year.

He told the court that she was “caught up a web” and eventually flagged up her dishonesty to the authorities.

The mother-of-three lost her job but immediately landed herself another job working nightshifts to help pay her way.

Hukuimwe, of Bronte Close, East Ardsley, admitted possessing a false birth certificate for use in fraud, committing fraud by using it to obtain a passport and driving licence, fraudulently using the documents to obtain employment, failing to disclose that she had been barred from working with vulnerable adults, and two counts of seeking to engage in employment while barred.

Details as to why she obtained the false documents were not disclosed during the sentencing hearing this week, but in mitigation, Andrew Stranex said: “It was her coming clean that led to all of this.

“She is utterly devastated and is racked with remorse.

“She has suffered through the shame it has brought to herself and her family.

“She works very hard, but the simple harsh truth is that because of the foolish decision to take these documents, she has lost the job.”

The judge, Recorder Bryan Cox QC handed her a nine-month sentence, suspended for two years and gave her 120 hours of unpaid work.

He said: “It seems to me that you are a thoroughly hard-working lady who has built a life in this country. Your employers speak well of you.

“It seems to me that you have have committed these offences essentially, to build a enable yourself to build a life in this country and provide for your family, and that is understandable.

“It would be wholly inappropriate to send you to prison immediately, and you are conspicuously remorseful.”

UK based Zimbabwean nurse struck off for impersonating patient for medication