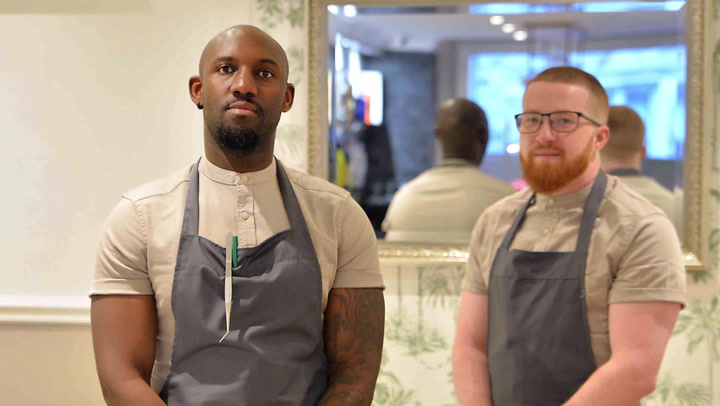 A new restaurant aiming to provide a fine dining experience that won’t break the bank has just opened in the city centre.

The venue, named +263, has launched in the Highcross Street premises formerly occupied by Indian restaurant Lilu.

Chef Keith Sadomba, who opened the restaurant, says his eclectic menus are inspired by our multicultural city – with Asian, French, Japanese and English influences.

Keith takes advantage of the vast array of fruit and vegetables available at Leicester Market for his primarily plant-based menu, where he gets creative with the veggies.

“Our menu is vegetable-driven. We offer meat as a supplement, but the focus is on a plant-based menu,” Keith told LeicestershireLive.

“With vegetables, there’s a lot you can do. We use different processes, so you can get barbecued vegetables, fermented vegetables. There’s lots of flavours on each plate.”

Keith began his career 10 years ago, learning his craft in Michelin starred restaurants in London, before moving to Leicester and becoming head chef at The White Peacock. He was there for three years – during which time the restaurant twice won the Best Fine Dining award at the annual Leicestershire Tourism and Hospitality Awards.

Now, with +263 – named for the country code of his native Zimbabwe – he can further explore his own style of cooking.

Keith is keen to provide an accessible fine dining experience so people will be less tempted to visit chain restaurants, and instead try something new, and importantly, support a local independent business.

“I want to offer a fine dining experience that’s accessible to everyone. At the moment, the prices are too much so that when people look at fine dining restaurants, they think ‘ok, I don’t want to go there’, and they end up going to the chains.

“We’re offering two concepts. Every Thursday, we have a blind taster menu, which is £27 for five courses, then Friday and Saturday, we’re offering an eight course taster menu priced at £36.”

As part of the experience, the dishes will be served and explained by the chefs.

Sustainability is an important factor in Keith’s business model, so there will be no paper menus – instead there will be QR codes on the tables that diners can scan.