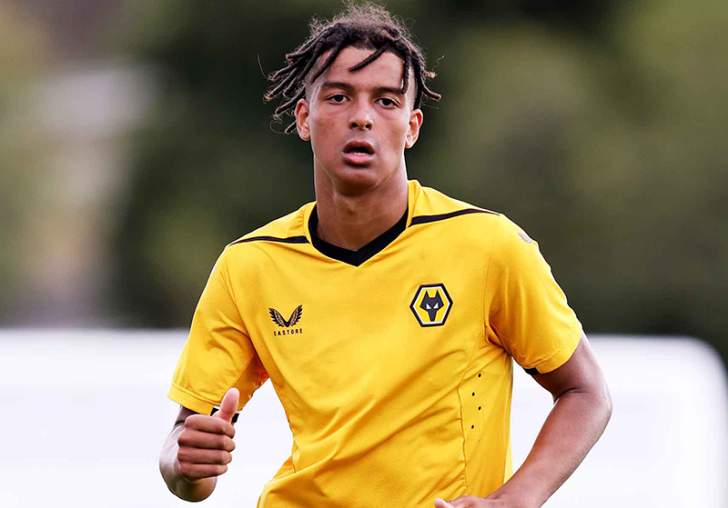 Wolverhampton Wanderers youngster Leon Chiwome has been named as one of the brightest young talents in the Premier League.

Each year The Guardian compiles a list of youngsters from each Premier League club to keep an eye on, and 16-year-old attacker Chiwome has been highlighted in the 2022 edition. Chiwome joins Owen Farmer (2021), Kamran Kandola (2020), Chem Campbell (2019) and Jackson Smith (2018) in making the prestigious list since Wolves returned to the top flight three years ago.

But who is Leon Chiwome? BirminghamLive provides the lowdown on the Wolves teenager receiving national attention.

Chiwome, the son of a Zimbabwean father and a British mother, was born in Brighton and only joined Wolves from AFC Wimbledon in the summer. He was only with Wimbledon for little over six months after impressing whilst playing for the Sussex Schools FA team.

Michael Hamilton, who served as academy manager during Chiwome’s time at Wimbledon, said: “For Leon to join a Premier League club, following the departures of other players and staff to higher levels, is a measure of the quality and potential we’ve developed here.

“Leon has applied himself correctly since day one, and he has huge potential. If he continues to apply himself, there’s every chance of him fulfilling his ambitions in the future.

“We wish Leon every success and we will be monitoring his progress closely. Though he wasn’t here long, his potential was obvious from the outset.”

Chiwome has scored twice in his first three outings for Wolves’ under-18s. He also made a cameo off the bench in the under-21s’ EFL Trophy victory over Shrewsbury Town at the end of August.

“What we saw in him was an excellent profile for a centre-forward who is big, strong and quick,” said Wolves’ academy manager Jonathan Hunter-Barrett told The Guardian. “He’s very keen to learn and get on the ball, and he knows where the back of the net is.”

Chiwome competed in athletics during his school days, often racing over the sprint distances, while he also tried his hand at the long jump. He will be hoping to make the jump into Wolves’ under-21s on a permanent basis before too long.