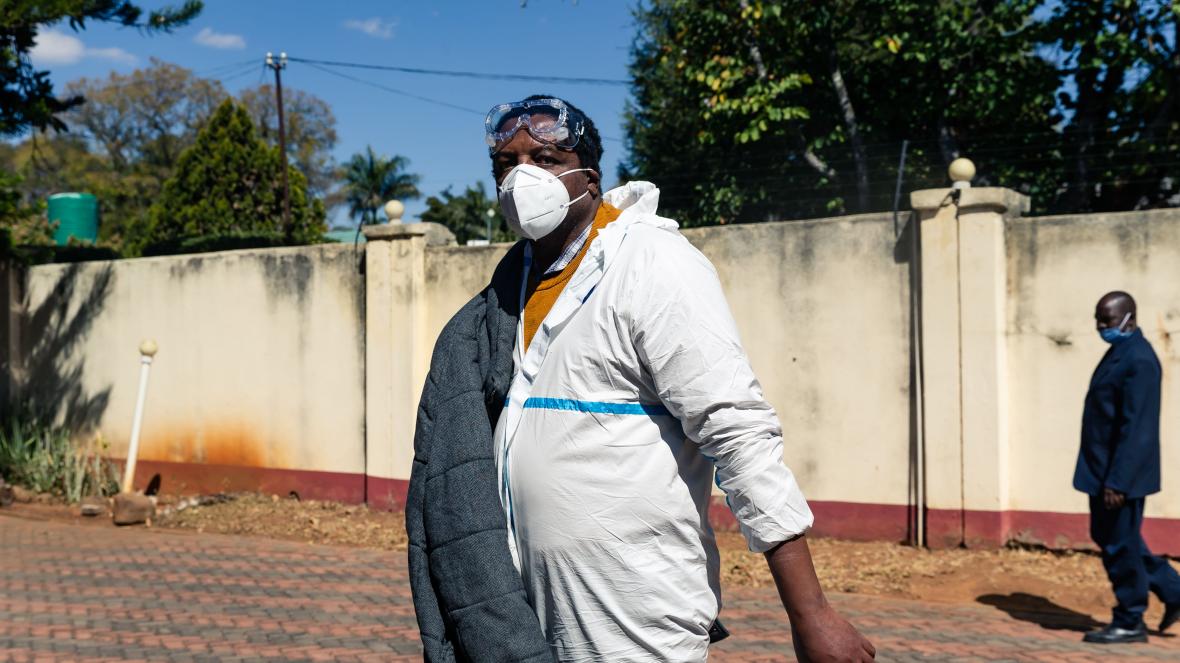 THE outspoken opposition supporter Hopewell Chin’ono was on Friday engaged in a war of words with musician Mukudzei Mukombe, popularly known as Jah Prayzah on social media.

Last night a few Zimbabweans expressed their dismay at attempts to bully people into political correctness of people being forced into expressing political views deemed “with the people”; meaning supporting the opposition and trashing Mnangagwa’s regime.

“Being neutral is no longer tolerated now. Being neutral is now described as an “enabler”. Just like Zanu PF used to kill neutrals on allegations of selling out. We are now living in fear and being on social media is now a scary thing to do,” said a commentator last night.

“We are seeing Zanu PF behaviour in the 1980s coming back with these so-called democratic fighters.”

Chin’ono had earlier challenged Jah Prayzah to follow in the footsteps of the late legendary singer Oliver Mtukudzi in denouncing injustices committed by Zimbabwe’s ruling elite against its citizens. In response to Chin’ono’s Twitter post and thread, Jah Prayzah wrote:

What’s sad mukoma [older brother] Hopewell is that you have my personal number. You know the door to my office and studio, you have been there before. I do not remember receiving your call if you were too concerned kuti munin’ina [my younger brother] do you really sing politics. Chimbondiudzawo kuti [Tell me] how do you come up with your songs and anorevei [what’s the message in your songs?].

Never a single day, asi nguva yekundipa [but time to give me] advice pa [on] twitter for loves and retweets munayo zvekuti [you have the time]. I decline to participate in this thread asi dai Mwari akubatsirai, kuti pamunonzwa moyo kutsva nekuda kubatsira munotora matanho amunoziva kuti haapatsanure vanhu [May God help you so that you won’t have a divisive spirit whenever to have a desire to help people]. Have a blessed day.

However, Chin’ono did not take kindly to Jah Prayzah’s suggestion that he stirs controversy on social media for “loves” and “retweets”. Chin’ono responded:

My response to your tweet was never meant to put you down, or as a diss JP. It is part of public discourse that you initiated with your tweet!

You put something in the public domain, and as such, I responded to the discussion using the same platform.

Yes I have your number, yes I have been to your office, but that doesn’t take away the need for us to have a public debate.

Simply because it involves public matters! You know too well that when this debate started, I was in prison, it means that it has become a national debate which both you and I can’t privatize!

If you feel that I have dissed you, it was never meant to be like that! I have publicly written in glowing terms about your music, on so many occasions.

I have recently also publicly entered the debate on your said association with the dictatorship.

We can discuss these things publicly since the debates are on public platforms. It is unfortunate that you think that I debate for likes and retweets! But that is your view!

I have publicly critiqued and criticized greats like Tuku and Mapfumo and they graciously engaged with the understanding that as public figures, they would be critiqued.

They never accused me of doing so for Likes and Retweets.

Kkkk, you will have been warned that young man, if you don’t come to perform here, we will never allow you to hold another performance in Zimbabwe. But when you get there, they taunt you and say, you are nothing.

Jaz Prayzah received public support from the ZANU PF secretary for administration Obert Mpofu during the verbal exchange with Chin’ono.

The popular musician’s songs, especially “Kutongwa Kwaro” have been interpreted as an endorsement of the ZANU PF-led government which came to power in 2017 through a military coup and a disputed 2018 election that was endorsed by an alleged captured judiciary.

“Chin’ono himself supported Mnangagwa after the coup but turned against him after he failed to get the job he wanted. There was rumour that James Bvumbe was going to replace John Mangudya as Reserve Bank Governor and James Bvumbe had planned to appoint Hopewell as the Central Bank Director of Communications. When all this fell through, Chin’ono turned the big guns on Mnangagwa’s regime,” a source said last night.