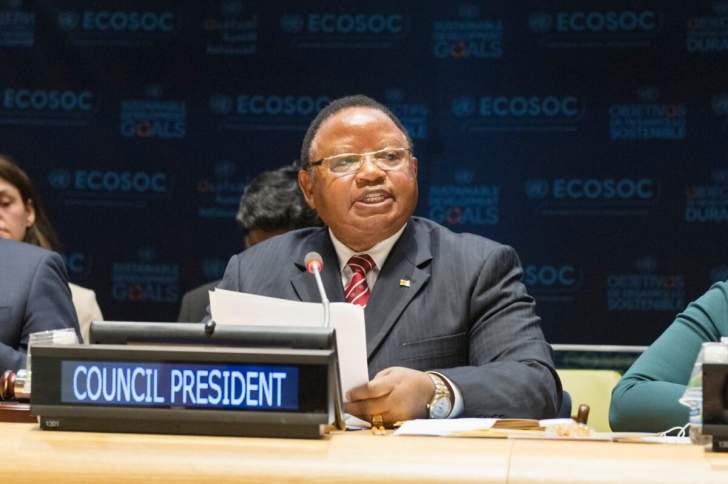 Before his latest appointment, Shava was Zimbabwe’s Ambassador to the United Nations in New York, the US.

His appointment is one of several senior government officials made by Mnangagwa following the deaths of several officials from Covid-19.

However, Shava’s appointment, who is a former Labour Minister during the era of the now late President Robert Mugabe, has been met with disparaging remarks by ordinary Zimbabweans.

In the early 1980s, Shava was one of government ministers who were implicated of corruptly buying vehicles from the state-owned Willowvale Motor Industries before reselling them at double the market value in a scandal named Willowgate.

He was convicted and sentenced to nine months in prison but was acquitted by Mugabe after spending only one night in jail.

He was then posted as a top diplomat to China and the UN.

However, Zimbabweans feel it was improper for Mnangagwa to appoint Shava as minister in his Cabinet.

“Who thought the shadow of the Willowgate Scandal would stretch so far? The bankruptcy and incompetence of Zanu-PF on full display! The same incompetent, looting ministers of the 1980s recycled to represent us on the global stage in 2021. Pathetic! WE NEED NEW LEADERS,” said MDC Alliance spokesperson Fadzayi Mahere.

Journalist Hopewell Chin’ono added; “It is clear that not even a criminal conviction by the High Court of Zimbabwe will stop a Zanu-PF cadre from being a minister and running the affairs of the country.”

“President Mnangagwa has appointed his clansman and longtime sidekick, Frederick Shava, as foreign minister. With this appointment and that of Felix Mhona as transport minister, General Chiwenga is now the only coup soldier remaining in Cabinet, which is now full of Mnangagwa homies!”

Tendayi Zanyama added his voice saying; “What did we expect from Mnangagwa appointments when a treasonous conflicted SB Moyo who announced the military coup was promoted to foreign affairs minister? It’s automatic his replacement must be a criminal too.”

“Considering these guys openly loot billions, Willowgate now looks no more scandalous than John Vuli gate. It was mainly top officials buying cars from Willowvale Motor Industries with their own money and reselling them for a profit. Now they loot through RBZ, Command Agriculture etc!”

RBZ is the Reserve Bank of Zimbabwe.

“Better known as Chinhu Chedu. Shava a Willogater corrupter, being rewarded as part of job for the clansmen by ED (Mnangagwa). Recycling of misleadership deadwood. Whose qualifying mark is to be corrupt.

However, presidential spokesperson George Charamba defended Shava’s appointment as he was an accomplished scholar.

“The incoming Minister of Foreign Affairs and International Trade. He is an accomplished scholar with a PhD in complex disciplines of Health Sciences. Amazing how before Independence he had already mastered in Nematology and Parasitology!!! He served as Minister of Labour. He served in Beijing as Zimbabwe’s Ambassador before being redeployed to UN where he became President of ECOSOC, a key wing of UN in charge of social and economic rights!” said Charamba.