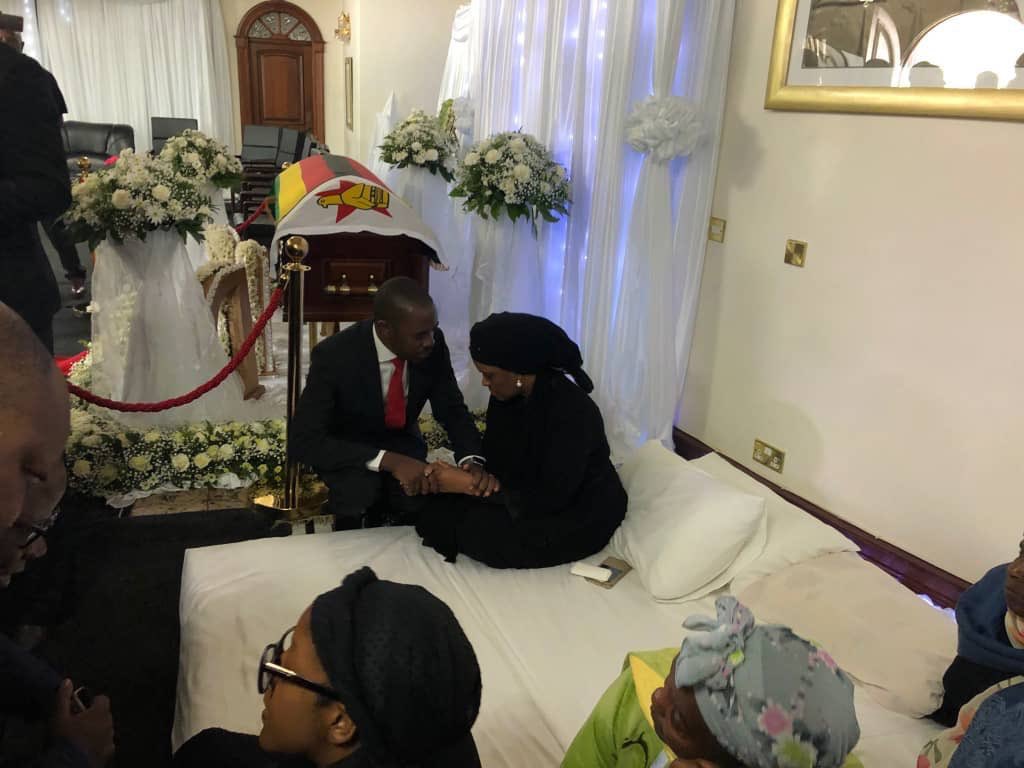 GOVERNMENT NO LONGER HAS ANYTHING TO DO WITH MUGABE FUNERAL PLANS

The family of founding leader and national hero, Cde Robert Mugabe, is now solely in charge of his interment, including the construction of a mausoleum at the National Heroes Acre, where the remains will be buried.

The construction of the mausoleum is envisaged to be complete in about 30 days. Speaking on condition of anonymity, a family source said the body of Cde Mugabe was yesterday lying in state at his Borrowdale Brooke mansion.

Efforts by The Sunday Mail to gain access at the mansion were futile with security citing that all visits to the place were now subject to appointments.

Ministry of Information, Publicity and Broadcasting Services Permanent Secretary Mr Nick Mangwana said in a terse response that: “I am out of the country.

Currently, we refer to the family as far as this issue (funeral proceedings) is concerned.” Contacted for comment Mugabe family spokesperson, Mr Leo Mugabe said, “I am in town. I have rushed to my farm for some personal business. Please try to talk to (Walter) Chidhakwa.”

Mr Chidhakwa told The Sunday Mail that the family was in a series of meetings. He added that, “the public will be notified of any developments in due course, when the need arises.”

Chief Zvimba, Mr Stanley Mhondoro, told The Sunday Mail that further details of the funeral proceedings would be availed after the completion of the mausoleum.

“At the moment, I cannot comment on anything. We are waiting for the completion of the mausoleum and once it is complete, further details will be availed on the way forward,” he said.

Government conferred a special honour on the former President, which entails constructing a mausoleum on top of the National Heroes Acre, where Cde Mugabe will be buried.

A mausoleum is an external free-standing building constructed as a monument enclosing the interment space or burial chamber of a deceased person or peoples. – The Sunday Mail

Mnangagwa Swoops On Ally, Nephew Who Were Pouring $1 Billion Into The Black Market To Mop Up The US