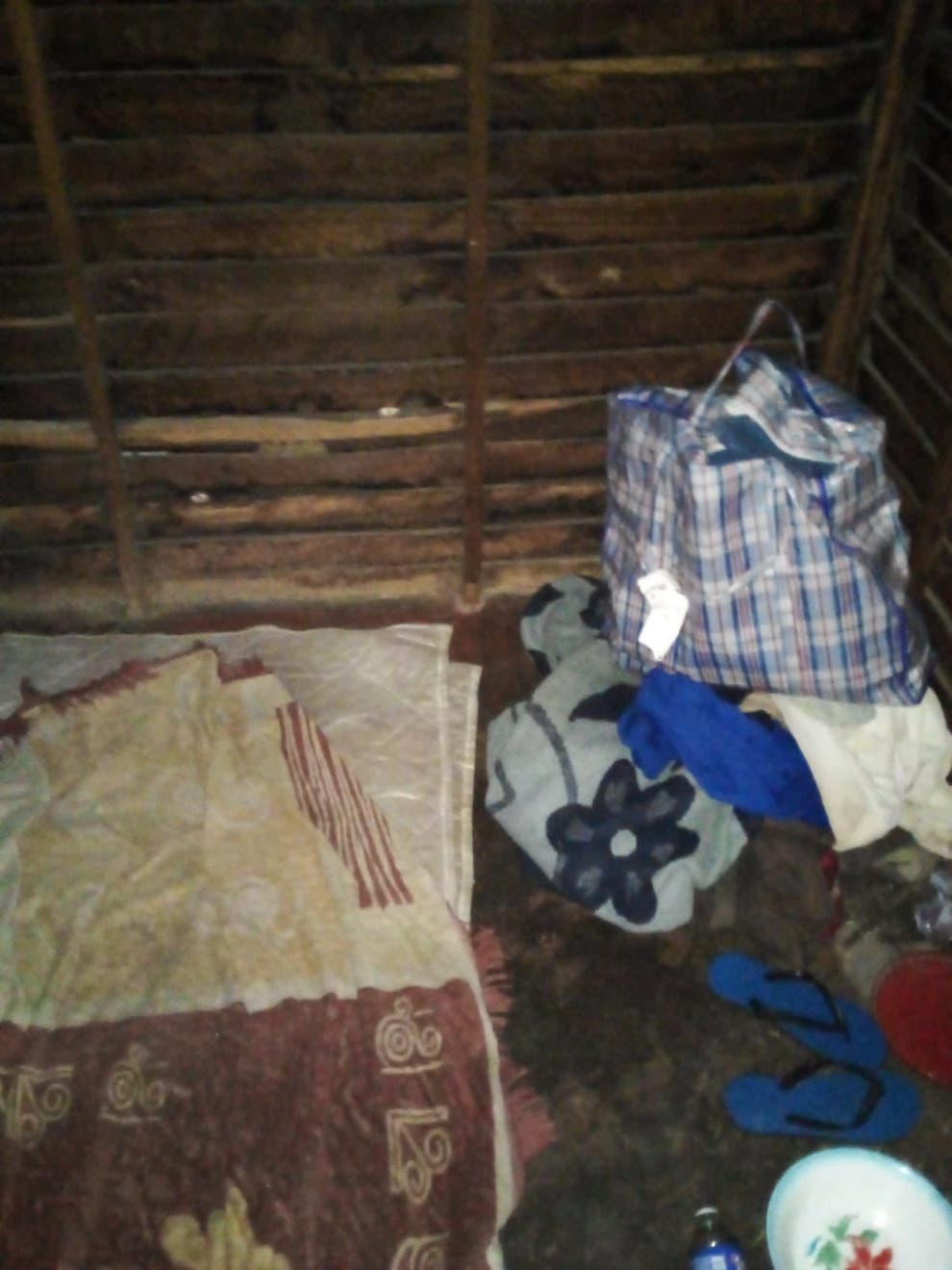 Men who were deported to Zimbabwe on a charter flight last month are homeless and living in fear of the authorities, it has emerged, as the Home Office prepares to send another mass removal flight to the country.

The Independent has spoken to two deportees who are sleeping rough in Zimbabwean cities Harare and Bulawayo and having to “beg for food” after being forcibly removed along with 13 others on a controversial flight to the southern African nation on 21 July.

Campaigners are meanwhile calling on the Home Office to halt a second removal flight to Zimbabwe scheduled for Wednesday. Dozens of Zimbabweans are said to have been rounded up and placed in removal centres in recent weeks, including those who have been in Britain since they were young children.

Before this summer, no mass deportation flights had left for Zimbabwe for years, but it is believed the UK has agreed a deal with the country’s new government which enables removals of Zimbabwean nationals who have served prison sentences in the UK of more than 12 months.

Charities and unions have described the deportation flights as a “cruel double punishment” that is “tearing people away from their homes, families and communities” and placing them at risk of “persecution, isolation and poverty”.

The charter flight to Zimbabwe on 21 July had been due to leave with around 50 people on board, but this was reduced to 14 after legal challenges, as well as Covid self-isolation, meant many had their removal cancelled in the days and hours before.

One of those who was on the flight, Munyaradzi Ndowa, 37, who moved to the UK in 2007, told The Independent he had returned to Bulawayo, the city where he grew up, but that he was sleeping on the streets because he no longer has any family or support network there.

The Zimbabwean national, who was deported on the basis of a burglary offence in 2018 for which he was sentenced to 28 months, said he had no family in Zimbabwe and only his sister in the UK. “My sister rings me every day, but there’s not a lot she can do. I just roam around,” he added.

Another deportee, a 43-year-old man who was removed last month on the basis of a 13-month prison sentence in 2012, said that since completing the 10-day quarantine on arrival, he had been sleeping on the floor of someone’s shed in the Zimbabwean capital Harare.

The father-of-five, whose children all live in the UK, said: “I had no money, no identification card, nothing. Just a pair of shoes and the clothes I was wearing. My living situation is impossible. I have relatives in the UK who are trying to find a way to send me money and help me, but everyone has also got their own problems.

“A few friends I still know in Zimbabwe who I ask for food. It’s so embarrassing. I’m coming from a rich country and I’m having to beg for food.”

The man, who did not wish to be named due to fear of reprisals from the Zimbabwean authorities, said he had requested asylum in the UK in 2012 on the basis that he had previously been attacked by the Zimbabwean army due to his political beliefs, but his claim was refused due to limited evidence.

“I’m afraid. I’m having to go to meetings with the Centre Intelligence Organisation (CIO). They’re trying to find out why I was claiming asylum.”

Asked what he intended to do, the man said: “I need to make it back to my kids. Those people risking their lives crossing the Channel from Calais and all that – I will be there soon.”

The Home Office says it is funding “re-integration support” provided by the International Organisation for Migration (IOM) for all those deported to Zimbabwe, and said those returned in July were “escorted from quarantine to their onward destination by IOM”. But the men said they had not received this support.

In another case, Tendai Goremano, 29, who was also deported last month despite having lived in Britain since he was eight, said he “would probably be dead by now” if a friend had not been able to accommodate him.

“I was lucky I knew someone. If it wasn’t for him I might be dead by now. I’d be homeless. I don’t know what I’d have done. All my family is in the UK, I have no one in Zimbabwe apart from my friend,” he said.

Mr Goremano had been doing a degree in electronic engineering when he was sentenced to three-and-a-half years in 2012 after getting into a fight in a nightclub. He has not been involved in crime since, but was prevented from working or studying after his release from jail in 2013.

“I committed a crime when I was young. As far as I know, I never learnt any of this stuff in Zimbabwe, I learnt it in the UK. I’ve gone to prison, done the time for the crime, learnt from my mistakes, but I’m still paying for it. I’m not allowed to progress my life,” he said.

“There were news cameras in our faces when we came off the plane. It felt awful. There was a murderer and a rapist on the flight, so now they’ve put us all in this category. Straight away, people hear my English accept and they think straight back to that video. I’m alienated. I stick out.”

The Trade Unions Congress (TUC) has called on the government to suspend deportation flights until it has “fully addressed the miscarriages of justice that have taken place within the immigration system”.

A spokesperson said: “The TUC is concerned that the Home Office does not adequately check the circumstances of those they targeted for deportation. Many have no family, social or financial links with the countries they are due to be deported to, and would be placed at risk of persecution, isolation and poverty.”

Director of Detention Action Bella Sankey said it was “morally repugnant” that people who were brought to the UK as children were being deported to homelessness and destitution, and described the removals to Zimbabwe, “a country still rife with oppression and human rights abuses”, as a “grotesque mission”.

Among those facing removal this week is Bruce Mpofu, from Bradford, who was handed a deportation order on the basis of a 22-month sentence for robbery in 2010. He has not committed a crime since. He is currently in Brook House removal centre with dozens of other Zimbabweans.

The 29-year-old, who came to the UK with his family aged nine, and whose rugby club in Wibsey is fundraising money for his legal fees, told The Independent: “I’m terrified. I don’t know what I’ll do out there. I don’t speak the language, I don’t know anyone. I don’t have money.

“I’ve learnt from my mistake over 10 years ago. If I’d been in and out of prison I might understand, but I’ve changed. It’s not fair for them to judge me on a mistake I made 10 years ago.”

Zoe Gardner, policy and advocacy manager at the Joint Council for the Welfare of Immigrants (JCWI), said it was wrong to “exile” people who call the UK home to a country “they barely know, where their lives could be put at risk”.

Describing the deportations as a “cruel double punishment”, she added: “The Home Office must stop tearing people away from their homes, families and communities.”

Zita Holbourne, national chair of campaigning group Barac UK, said: “The government has embarked on a summer of mass deportations … tearing families apart and including people who came to the UK as children and those who will face persecution if deported.”

A Home Office spokesperson said the men deported in July had a “history of serious and persistent offending in the UK, with crimes including assault and burglary”.

“We make no apology for doing whatever is necessary to remove these individuals from the UK as the British public would expect. We only ever return those with no legal right to remain in the UK, including foreign national offenders,” they added.- The Independent

Second deportation flight to Zimbabwe due to leave today